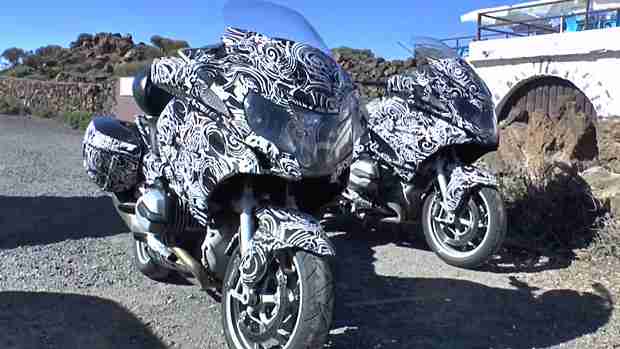 Once again we have the new 2014 BMW R1200RT spotted in disguise, this time by a German blogger, who along with some clear photographs has also caught the bikes on video. Now there seems to be some confusion on the naming, the bike is originally called the BMW R1200RT, but new information suggests that the 2014 version could be called the BMW R1200GT as its getting the new liquid cooled boxer engine, the same one on the new R1200GS.

The naming confusion will be sorted out only in the coming months when more information comes in. Now coming to the details of the bike, surprisingly apart from what we already know, everything else is pretty much the same. We already knew that the adaptive headlights and the engine are making an entry on the R1200RT/R1200GT and that is about all the new information that can be deduced from the new video and the snaps. The new BMW R1200GT/R1200RT will most probably make its official entry at the EICMA.