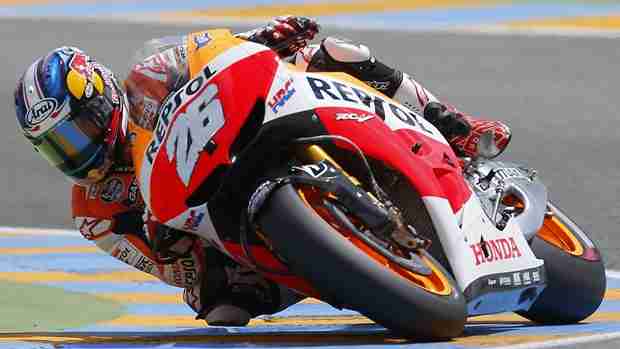 Two weeks after their one-two at the Grand Prix of Spain, Dani Pedrosa and Marc Marquez returned to the head of the MotoGP standings. In free practice for the fourth round of the World Championship, which kicked off today at the Le Mans circuit in France, the duo of numbers 26 and 93 were again the men to beat.

In the first practice session, Pedrosa was fastest. On the last of 19 laps, the Repsol Honda Team rider stopped the clock at 1’34.645, 0.525 ahead of Marquez on the latter’s Le Mans MotoGP dÃ©but  Later lowering his best time by over half a second, Pedrosa once again led the time-sheets in the second session, with a time of 1’34.035. Marquez also went quicker than before; he took a second off his previous best and closed second the day, 0.134 off his team-mate. 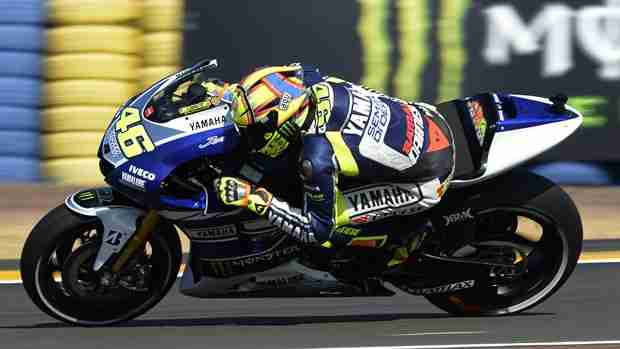 Valentino Rossi wrapped up the first day of action at the Monster Energy Grand Prix de France as the fastest Yamaha rider and third overall behind rival Dani Pedrosa. The Italian spent the day’s two free practice sessions working to set up his YZR-M1 for the Le Mans circuit, focusing on a soft front and hard rear tyre combination. Rossi opted for the 2012 M1 chassis for the Le Mans weekend whilst the team continues to evaluate the difference between the old and new. The final session saw the nine-time World Champion improve to climb from seventh to second, dropping to third at the end just 0.138 seconds from first. Rossi was also the fastest rider through the second sector of the Le Mans circuit.

Teammate Jorge Lorenzo was as usual quick from the start of the first session, contesting with the fastest riders and wrapping up the morning in second place. The afternoon saw more of the same fast consistency from the reigning World Champion, taking the session lead with a 1’34.2 second lap with 17 mins remaining. A flurry of fast laps in the final minutes dropped him to fourth however he was just 0.166 from first. Lorenzo remained fourth in the combined times. The Spaniard also focused on a hard front, soft rear tyre option but opted for the 2013 chassis to evaluate the Le Mans circuit. 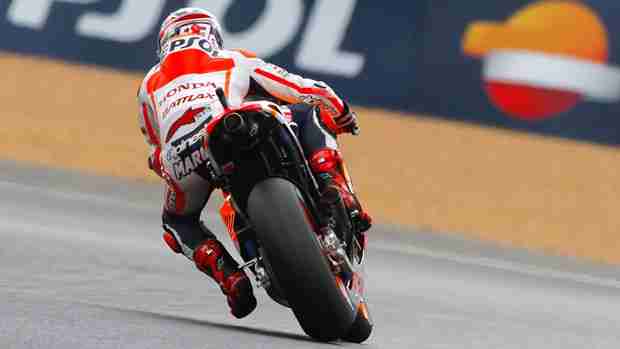 Tomorrow sees the final free practice sessions and, from 14:10, the two qualifying runs that will decide the starting grid for Sunday.

“In today’s practice sessions it was important to test the tyres and make the most of the dry track time, because here you usually don’t have that opportunity. So I tried to stay out on track for as long as possible and gather the best information, because maybe tomorrow it will rain —and you don’t have that chance again. Luckily the weather held up and we were able to make some positive steps, which we hope to capitalise on for the race on Sunday”.

“Le Mans has always been a good track for me in the other classes. I was fast today right out of the box and felt comfortable. In the first session I got a bit overwhelmed, because I could tell that the track was not allowing much space for me between the corners with this bigger bike and faster pace. I didn’t have much time to think. I was calmer in the afternoon and things went much better. This track is all about accelerating and then braking, although the final sector is more twisty and has some longer corners. It is only Friday, and we still have work to do. Tomorrow, if the track is dry, we will improve our times —but the forecast predicts rain. With a little luck, on Sunday we will have a dry track and be able to have a good race”.

Today we were good in braking because we modified the settings and we tried two different settings to understand which way to follow to improve the braking, that was the main problem. This morning was not too bad and this afternoon especially I made the comparison one more time. I took the setting I preferred with some small modifications and the last run was very good. I could brake hard, which was the main problem in Austin and also in Jerez so it’s a good day. We try to modify also the rear for to not stress the rear tyre so much; that helped me a lot; I did my best laps with a used tyre that had more than 30 laps on. The practice this afternoon was good so I’m happy. We are already quite good with the setting of the bike so now we wait for the weather tomorrow. In case of rain we are more or less ready and if dry we can try something else, some small details to modify. We are very close to those in front so it’s not so bad.”

We are changing the bike to improve the feeling because at the moment we have a lot of margin for improvement. I think we can make a big step to improve the constant pace for the race. I think if it rains tomorrow things will change completely and it will be a different story. We will have to be as always more careful and have more concentration in the wet.”

“We did not have our best day today and I’m not really happy with how things started this weekend. We experimented quite a lot with the bike and made it shorter and longer but we did not find an ideal setting yet. We have a lot of chatter and not too much grip, so clearly we are struggling quite a bit at the moment because the other guys seem to improve while I feel the same as on the first lap out there this morning. So we still have a lot of work to do tonight and we have to improve in several areas. I’m having an issue with the brakes but we are still confident for tomorrow and I am sure we can improve to put on a good show in such a big race for Tech 3 and Monster Energy.”