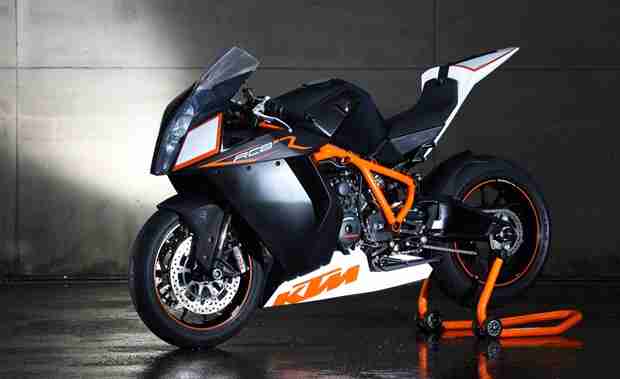 KTM have confirmed once again that they will be launching the much talked about fully faired bike based on the RC8 and the Moto3 machine by early 2014 possibly named the RC25. The previous confirmation came in from KTM CEO Mr Stefan Pierer in December. This will be preceded by the launch of the KTM Duke 390 in late March this year and another bit of juicy information is that the KTM RC8 will be reach showrooms across India, but wait, these are only display models. Although there are a huge amount of people waiting on information regarding the Duke 390 launch dates, the real hype is all about the fully faired version whose engine capacity is still a mystery. We think the KTM RC25 would most likely sport one of the existing engines the 200/390 with minor changes although there are suggestions from some friends at KTM that it could be a engine derived from the Moto3 machine as well and visually take design suggestions from the bigger sharp looking RC8.

The KTM 390 Duke is a 45 HP naked street fighter with a dry weight of just 139 kg making it an extremely quick motorcycle that would most likely put almost everything in the similar category in shame. With the KTM Duke 200 already ruling the streets in style the 390 Duke is just going to be a whole lot more fun. Coming to the RC8 that is going to be brought in for display, it basically suggests that the full faired lower capacity will take a whole lot of design cues from the RC8. 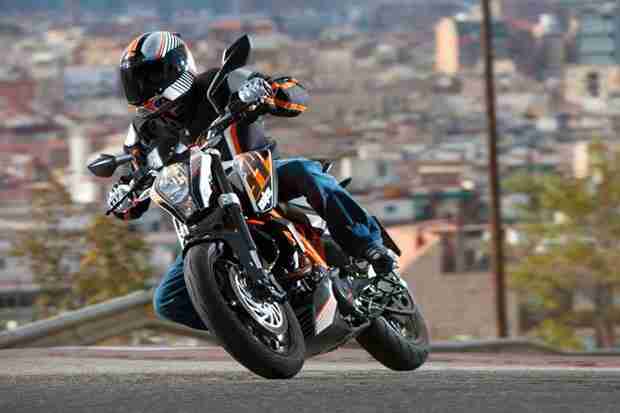 Commenting on KTM’s achievements on its 1st launch anniversary Mr. Amit Nandi, Vice President (Probiking) Bajaj Auto, said “When someone wants a normal street bike he has a lot of options in the market but when he wants to buy a thorough-bred racing machine he knows that KTM is the only one. The number of motorcycle racing enthusiasts in India is much larger than what most people think.”