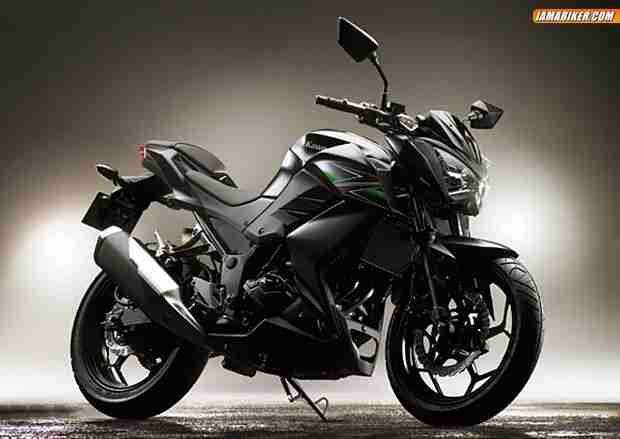 Late last year we brought you information that Kawasaki was planning a naked bike in the 250/300 cc segment based on the Z series in its existing line up. The proposed motorcycle was rumoured to feature the same 250/300cc engine that the Ninja 250/300 has. Today at Kawasaki Motors Indonesia, Kawasaki has unveiled the Z250, ending couple of months of speculation on this naked bike. This naked features the same engine as that on the Ninja 250 and for sure we all know how that mill performs.

Looks wise, it resembles its bigger brother the Z800 in many ways than one and as a matter of fact it looks almost as macho. The Kawasaki Z250 will be available in three colours, namely Red, Black and White. The twin cylinder fuel injected engine will put out power in the range of 34 HP and except the redesigned front end it is pretty much entirely the Ninja 250 at heart. The Z250 will not have ABS, but as we have seen in the past with Kawasaki launching the Ninja 250 for eastern market and the 300 for the other markets, we could very well expect a Z300 for the international markets that would pretty much be a stripped down version of the Ninja 300. The most interesting news is that the Z250 will reach dealerships in Indonesia by March this year, which means we could have an announcement for the rest of the world coming in earlier than that. Kawasaki have priced the Z250 at 48.5 million Indonesian Rupiah (IDR) which converts to 2.68L INR. Check out more photographs of the macho Z250 below.