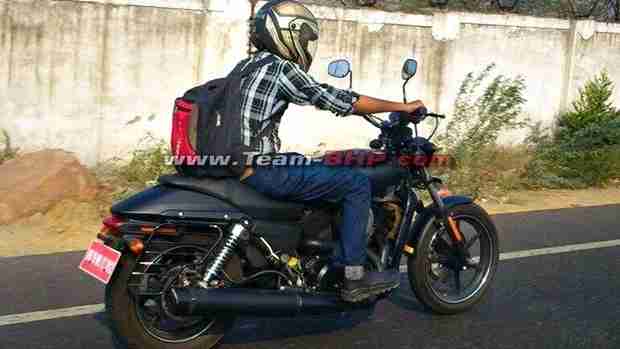 We have been tracking Harley Davidson’s plan for the sub 500cc India / Asia specific model for the last year. Although at first things seemed unlikely, with Harley Davidson’s aggressive growth ever since its India foray we were sure that something India / Asia specific was on the cards. The good news is that things seem to be going at full swing. The sub 500cc Harley Davidson would most likely be ‘almost’ completely made in India and  could mean a super competitive pricing. The photographs we have here have been taken in Haryana by a member of Team-Bhp. Although he did not get to see any brand identification, we are quite certain that the styling is typical to a Harley. Also add the fact that there is a Harley Davidson factory in Haryana we are pretty certain that what we have here is the new Harley Davidson. The engine is clearly a V-Twin and the styling shares a lot of similar and some same parts from existing Harleys. 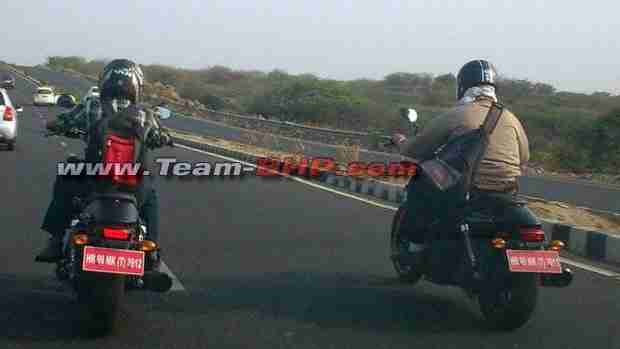 Earlier news suggested that Harley Davidson would be announcing this new model at the Auto Expo in New Delhi in 2014, and going by the photographs we see here Harley Davidson seems to be on track and infact almost ready with this new model. For sure more details are bound to surface in the coming weeks. Stay tuned as we bring you all the latest on this India / Asia specific Harley Davidson.