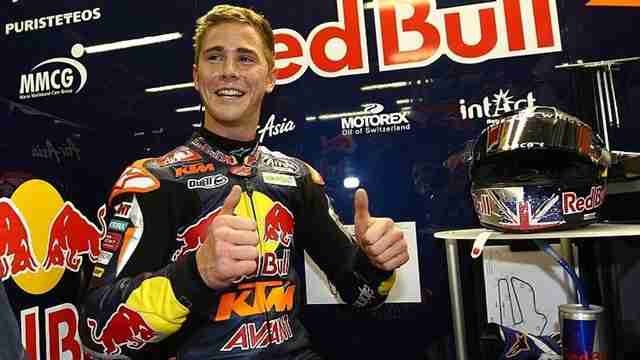 Husqvarna Motorcycles today announced their plans to participate in the 2014 Moto3 World Championship, which starts in Doha, Qatar on March 23. The official team will be named Red Bull Husqvarna Factory Racing and directed by team manager Aki Ajo. Official team rider will be Britain’s Danny Kent. Under the watchful eye of experienced former racer Aki Ajo, who has enjoyed a long and successful career in motorsport racing and team management, Danny Kent will challenge for the Moto3 World Championship title. A second Husqvarna will be ridden by the promising young rider Niklas Ajo from Finland. Stepping into Grand Prix Road Racing in 2014, Husqvarna Motorcycle’s will begin an exciting new racing chapter.

The Moto3 class was introduced in 2012, replacing the 125cc two-stroke category. The class highlights up-and-coming young talent and is a proving ground for racers aiming to progress into Moto2 and eventually into the main MotoGP class. Machinery is restricted to single-cylinder 250cc four-stroke engines. The minimum total weight for motorcycle and rider is 148 kg (326 lb.). Riders in the Moto3 class cannot be older than 28 years.

“Running Husqvarna in the Moto3 World Championship will bring considerable interest to both the category and the brand. With its history of 110 years the Husqvarna brand is highly known throughout the world of racing. The Moto3 stage will give a further boost to grow Husqvarna stronger than ever. We’re looking forward to see great competition next year. ”

“After our strong commitment to off-road competition, entering the Moto3 World Championship is a new milestone in the history of Husqvarna. With the full support of Mr. Pierer and the Husqvarna Motorcycles Board of Directors, we are extremely excited about this new project. We will bring the best people and all the necessary energies together to give the project the success it deserves. Danny Kent will be our official factory rider, with Niklas Ajo our official support rider. Both hugely talented young racers, we are looking forward to the start of Husqvarna’s new journey into Grand Prix Road Racing.”