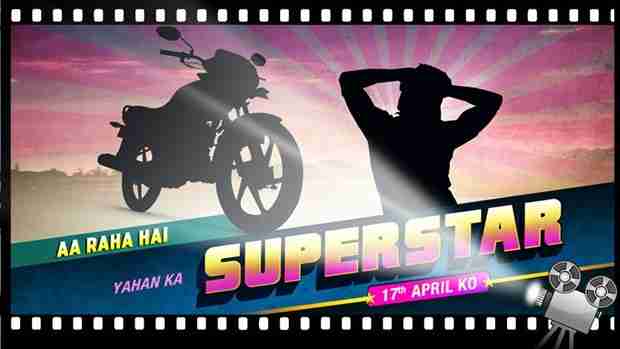 Honda Motorcycles India is wasting no time in its bid to be the number one motorcycle manufacturer in India. Having announced recently that they would be launching four new models in India every year, Honda have already launched the CB Trigger and also updated the its scooter line up with a more efficient engine so far in the year. Now hot on the heels of these updates, Honda website has just been updated with a poster that claims that the manufacturer will be launching a new motorcycle on April 17th.

Going by earlier hints given by Honda, the new bike will in all probability be a 100cc mass market motorcycle meant to take on the very successful Splendour range from Hero. The earlier launch, the Dream Yuga was a 109cc commuter bike that had a very polished look compared to its competitors offerings, you can check out the Dream Yuga’s review for a detailed look at it. Going by the silhouette in the poster the new Honda will in all probability will be a similar looking bike with a smaller 100cc engine and at a cost that will make it irresistible to its intended customer base. Watch this space tomorrow as we will update you with all the details on this new Honda bike as it happens.