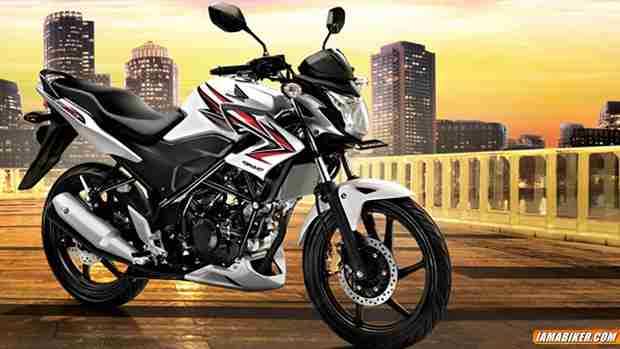 Ever since the Honda CB150R Streetfire launch at the Jakarta Motorcycle Show back in November last year, there was a strong hint from Honda that suggested its Indian entry. Now industry sources confirm that the CB150R will soon hit the Indian markets, in-fact as soon as March 11th. This naked bike; the CB150R which is basically the CBR150R at heart, shares the same 150cc fuel injected, liquid cooled engine from the faired version in a slightly lower state of tune and boasts of a better experience to entice customers. What the CB150R does not share is the delta-box of the CBR150R, instead it gets a new trellis frame along with thankfully a much better looking switch gear that its faired counterpart. Power figures of the CB150R lie at 16.7 HP @ 10,000 RPM and torque numbers lie at 13.1 Nm at 8,000 RPM. Quite decent numbers especially when you consider the fact that it weighs just 129 kilograms. The pro-link mono suspension and discs at both ends put together with the twin pipe diamond frame (trellis) suggest the CB150R to be a very easy, light and sharp handling machine, but more on that after a proper Honda CB150R review/road test. The bike is likely to be placed in competition with the Pulsar 200NS in pricing, suggesting an on-road cost in the range of 1 lakh. For now we leave you with the Honda CB150R specifications, photographs and its promotional video.

Update (12/03/2013): In a surprise move Honda India has launched the CB Trigger instead of the expected CB150R naked. Check more details of the CB Trigger here.