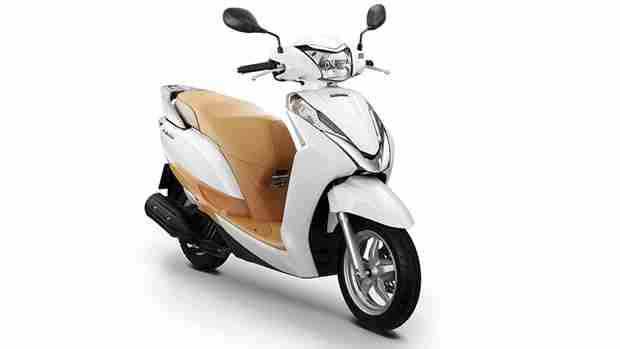 Honda Vietnam Co., Ltd. a Honda joint venture in Vietnam for production and sales of motorcycles and automobiles, today announced the release of the LEAD125, a liquid-cooled 125cc single-cylinder scooter. The LEAD125 is equipped with a liquid-cooled 125cc single-cylinder engine “eSP” with high fuel efficiency incorporating low-friction technology, that have boosted the popularity of the PCX. The idling stop system was also adopted to further improve fuel economy. The model adopts Programmed Fuel Injection system (PGM-FI) delivering stable engine performance while also contributing to the high fuel efficiency. Underneath the seat lies a large 37L space able to store two full-face helmets*3. Meanwhile, LEDs adopted for the tail and position lights make the vehicle highly visible. The fuel lid and seat are opened through use of a rocker switch added to an easy-to-reach combination switch operated by the main key. A wide variety of enhancements improve usability, including the addition of a clock and use of highly visible illuminated pointers in the LCD meters. As a scooter that brings together running performance and utility at a high level, the LEAD125 is suited for a wide variety of uses.

Honda Vietnam will produce 200,000 units of the LEAD125 annually. The vehicles will be sold in Vietnam, and expected to start exporting to Japan in early summer. These activities will make Vietnam the fourth Asian country to provide global production and export, following China, Thailand and India, as it takes on a vital role in Honda’s global business.