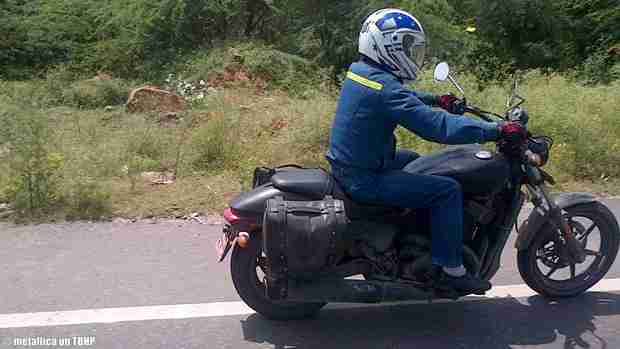 Harley Davidson seems to be making all the right decisions for the future of the company. We have already seen the spy photographs of what could possibly be the future 500cc model. A model that will drive sales in this part of the world, made in India and a price that will make it super competitive in this segment. Now till now we had no official word from Harley regarding this, but now at the recently concluded 110th anniversary celebrations at Milwaukee, Harley Davidson’s Chief Operating Officer Matthew Levatich has confirmed that indeed the company is working on a 500cc twin, which is already at an ‘advanced stage of development.’

“Nimble, light weight, has a low seat height and supple throttle and braking. I’ve ridden it — it looks great, sounds great, it’s a Harley, and it’s priced right. Also I am sometimes asked whether there will be an electric Harley. People would say, hell no. But why not? Our engineers are quite intrigued with the idea of what an electric Harley would look like, sound like and feel like. And would it be visceral, would it be emotional, would it be luscious. There’s a way to do that, I believe. And it would be very exciting.”

Now details are still sketchy, but the thankfully we already have a pretty good idea what it looks like. Power expected is around 45HP and pricing for this made in India Harley is expected at about 4L. We expect to see it at the Auto Expo 2014 in Delhi.

One of our readers Archit Agarwal has spotted the motorcycles again on the same same stretch of highway near the Harley Davidson India factory and was kind enough to send us these new set of photographs.