“Last year was very important for Ducati. We became part of the Audi group, and we set new records in terms of profits, sales and production. We opened up new markets and achieved a significant share in those markets,” Del Torchio said. “It wasn’t as positive from a sporting point of view, but our company’s motto is ‘Never give up,’ and with the ability to react that has always been one of our characteristics, we face 2013 with a new organization, ready to take to the track. Today I have the pleasure of welcoming Bernhard Gobmeier, who was recently appointed to run Ducati Corse. With his coordination and cooperation, I’m confident that we’ll do very well. Bernhard takes the place of Filippo Preziosi, who has my sincere thanks for the work he has carried out over the last twelve years, and who now has an important new role in Ducati. Furthermore, Paolo Ciabatti, who returns to Ducati after some years away, has been assigned to run the MotoGP project alongside Team Manager Vittoriano Guareschi. Welcome also to our riders, new addition Andrea Dovizioso and the returning Nicky Hayden, who together represent a formidable line-up that gives us confidence as we look to the future.” 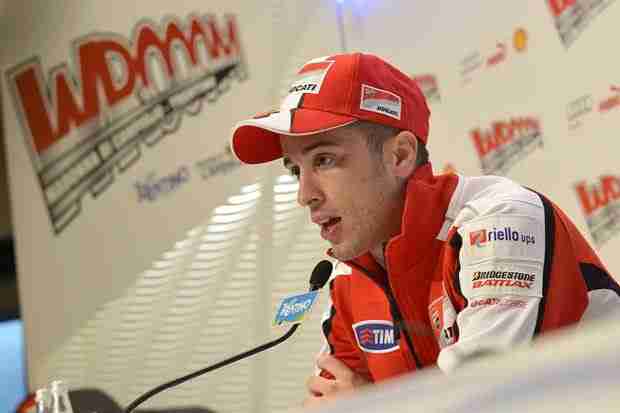 The first rider to get the ‘green flag’ on the PalaWrooom stage was Andrea Dovizioso. The Italian is in his first year with Ducati, but he’s very confident in this project.

“It’s an honour to be here at Wrooom,” Dovizioso said after greeting the audience. “It’s all organized perfectly, and it’s a great opportunity to get to know the Ducati staff better and meet many new friends. I was convinced to join Ducati in my first meetings with Filippo Preziosi because he made it clear that there are interesting plans for the future and that we can start to build something important together. We have the help of budget, technology and passion, all the ingredients necessary to attain our goals. Obviously, it will be up to us, the technicians and riders, to take the right path on where to improve the bike. If we work well, I’m certain that it will be possible in the future to fight for wins and the title. The competition is very strong, but I believe we can achieve this aim. It won’t happen right away, but we can do it. There’s no magic wand, so we have to–and we want to–keep our feet on the ground and work methodically. If it’s possible to achieve good results, I’m sure that we will. The first year will be challenging, but we mustn’t allow ourselves to be pressured to immediately get good results.” 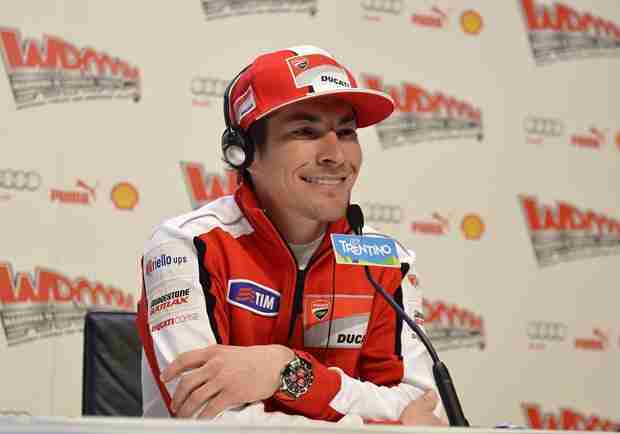 Next it was the turn of Nicky Hayden, the American who is entering his fifth year with Ducati.

“This year Wrooom is particularly special. In addition to seeing the faces that we already know, this is a good opportunity to start building relationships with the people we’ll be working with this season,” Hayden said to the press. “From a technical point of view, the new management hasn’t stepped into an easy situation, but they’re very motivated to reach our goals. I’ve met with Mr Gobmeier, and he strikes me as a very intelligent person, with many ideas about where he can help. It’s a completely fresh start for us, and although there’s clearly a big challenge ahead of us, it’s also an exciting one. I’m really looking forward to seeing what we can accomplish. The future looks very good.”

Later tonight, during dinner at a mountain chalet, the four Ducati Desmosedici GP13 MotoGP bikes will be unveiled, including both those of the Ducati Team and those of Team Pramac, Ducati’s factory-supported team, whose riders Ben Spies and Andrea Iannone arrived at Madonna di Campiglio earlier this evening. Tomorrow, Ducati Corse General Manager Bernhard Gobmeier will hold a press conference in which he enters into more details about the development of the bike and the technical program for preparing the Desmosedici GP13 for the new MotoGP season.