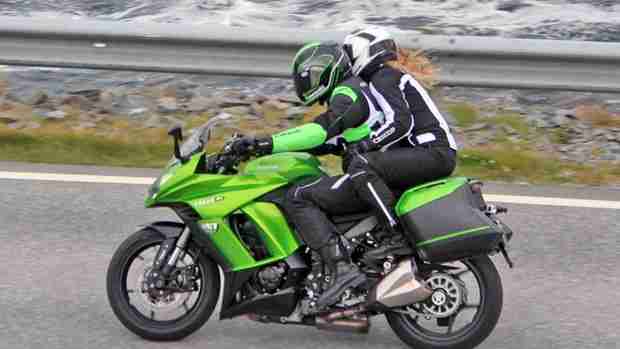 Couple of riders who where on a holiday ride to Norway have photographed what could be the 2014 Kawasaki Z1000 SX. The bike was spotted in what seemed to be a photo/video shoot for it’s promotional material on one of the stretches popularised by the road races. From the photographs we can clearly see the following changes, different styled panniers, chrome plated exhaust end can, minor changes in the design at the front, shift from dual tone to single tone colouring and what looks to be a new set of brake callipers at the front. The engine is expected to be the same. What is expected to change internally is the electronics package. The Kawasaki Z1000SX could get a whole new electronics package with a lighter ABS, two or more updated engine maps and the advanced traction control (KTRC) system from the other big bikes in the Kawasaki stable. 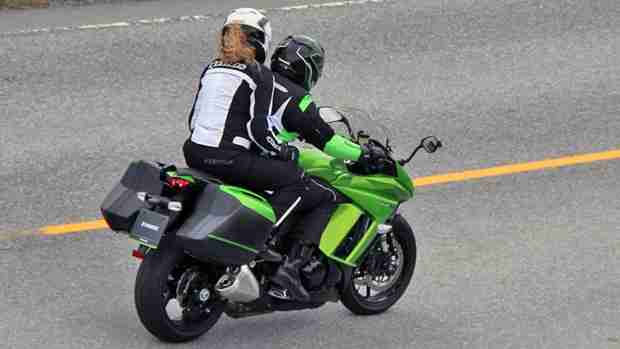 The Kawasaki Z1000SX was introduced in 2010 as a powerful sport touring option. The 1043 cc engine on this big tourer churns out 138 PS of power at a decent 9,600 RPM and a meaty 110 Nm of torque at 7,800 RPM. A big selling point was the 19 litre tank. Over the years there has been minor tweaks to the bike and looks like the 2014 version would see more of a substantial electronics package update than a total revamp.