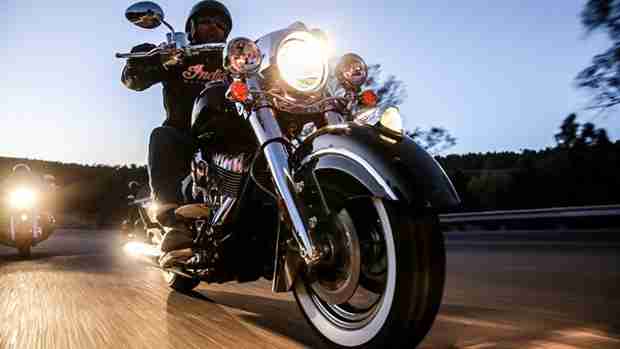 The three version’s are placed one above the other with the cheapest being the Chief Classic then the Chief Vintage and the Chieftain with increasing number of accessories and design change with the price. The Cheiftain is the first ever Indian Motorcycle to feature hard panniers and other accessories like the adjustable wind-shield, an audio system and connectivity to smart phones. All the three versions get cruise control, ABS and LED DRL’s.