In an all most coordinated way the web is suddenly floating with ‘spy photographs’ of the new upcoming 2014 Ducati Monster 1198. This year is special for the monster as it celebrates 20 years of the models existence. But from the looks of these photographs, turning 21 has the monster really growing up to be a meaner, faster monster, in-fact the most powerful Ducati Monster ever. The photographs reveal that the new 2014 Ducati Monster has Ducati’s liquid cooled Testastretta 1198cc engine. This engine was last used on a Monster in the S4Rs in 2007. This is the same engine as that is on the Diavel and the Multistrada. 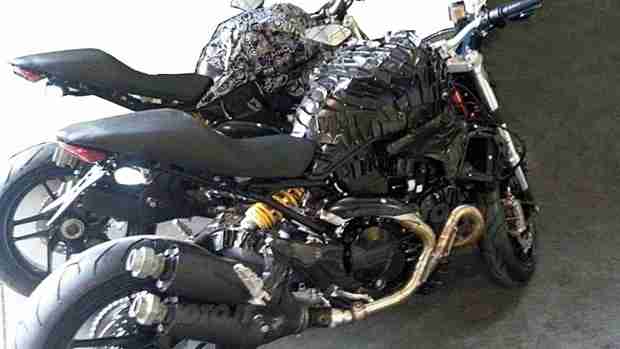 Also clearly visible is the single sided swingarm and an exhaust system, that looks similar on the Diavel. The 1198 Testastretta engine produces about 150HP in fine tune, being a naked expect a slightly lower powered machine focusing on more low end grunt. The motorcycle will be unveiled at the EICMA 2013 in November. 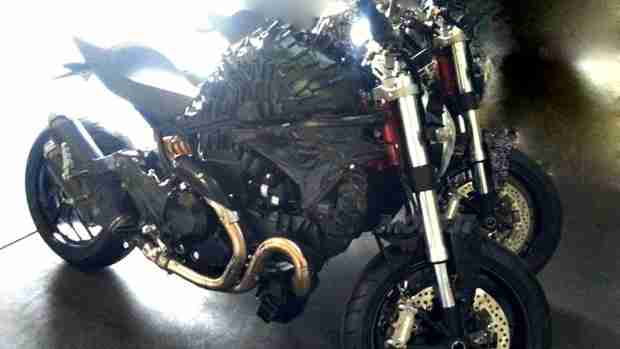