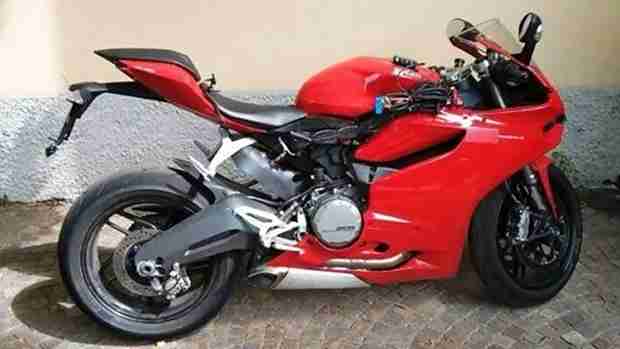 The news of a possible 899 Panigale has been on the cards ever since the 1199 was announced. Its almost 2 years since that and now finally with the EICMA 2013 just a couple of months away things are heating up on the strong possibility of the 2014 Ducati 899 Panigale breaking cover later this year. Putting an end to the massive speculation arrived what looks to be the first spy photograph of the 899 Panigale.

The photograph shows a different swing-arm (double sided now), suspension and braking system, probably to keep the cost competitive. Wheels are from the standard base version on the 1199 Panigale. The 899 Panigale is expected to receive the entire electronics package from its bigger brother. Which means it could come loaded with ABS, traction control, engine braking control (basically a fancy name for a slipper clutch) and different riding modes. The engine is expected to churn out close to 160 HP. More details are expected mid October.