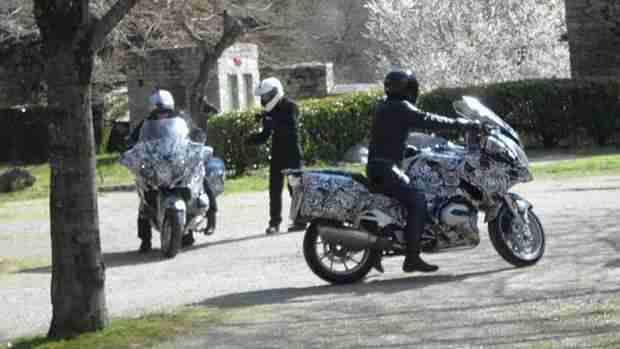 The 2014 BMW R1200RT will be the second BMW motorcycle to sport the new liquid cooled boxer engine, with the first being the R1200GS. News comes in from France in the form of spy photographs that confirm that this engine is being tested on the new R1200RT and also that this engine would make it onto couple of other motorcycles in the BMW stable.

The BMW R1200RT is a very successful bike and the 2014 version will see it getting a host of major and minor updates. It will most definitely also get BMW’s special adaptive headlights currently existing on the K1600GT. The new 2014 BMW R1200RT is expected to have a 1170 cc engine with power figures of 125 HP at 7700 RPM and 125 Nm of torque at 6500 RPM. Since there is still a lot of time before the usual unveiling dates that lie at the end of the year, we expect there will be further changes to the bike.