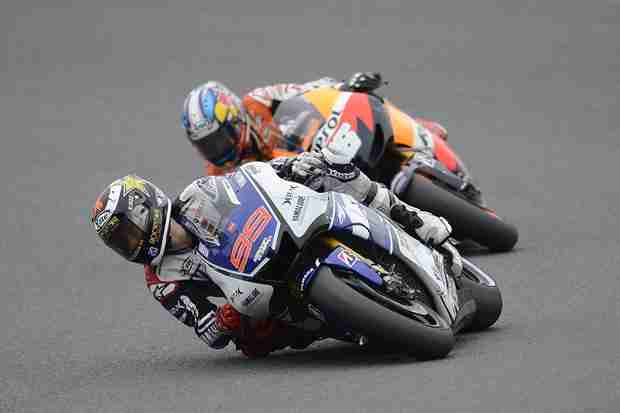 Yamaha Factory Racing set up in Sepang this week straight from Japan for the middle of the three overseas back-to-back races, the Grand Prix of Malaysia. Championship leader Jorge Lorenzo arrives with a 28-point lead at the top of the standings after a strong second place finish at Motegi on Sunday. The Sepang circuit holds starkly contrasting connotations for Lorenzo, being the scene of his World Championship title in 2010 countered by the tragic passing of Marco Simoncelli in 2011.

Ben Spies moves to Sepang determined to complete the final three races of the season on a high note following a disastrous Grand Prix of Japan which saw him retire on the second lap with braking issues. Due to the cancellation of last year’s race Spies has only competed once at the Sepang circuit, taking an impressive fourth place finish from fourth on the grid in his rookie year.

“So here we are back in Sepang, a track with difficult memories for all of us from Marco’s tragic accident last year. It is also a track which has very good memories for me from 2010 when I became MotoGP World Champion. With three races left to go we must stay very focused and do our best to put on a good show this weekend. The track is maybe more suited to our bike than Motegi so we will be aiming for the best possible result.”

“It’s a strange feeling to come back here after last year. We will honour Sic in the best way we know how, by going out on track and giving 100% as always. Last weekend was yet another disappointment with brake issues, I really hope we can have a trouble free time here in Sepang and show our true podium potential.”

“Sepang is one of the tracks where we’ve covered more laps than anywhere else with two tests here. In the wintertime we improved a lot from last year which is important. The humidity and the temperature makes it much tougher for the riders but we feel quite strong here and we are prepared for to fight for the podium again.”

“With just three races to go Jorge is now very close to securing the World Championship title, however we cannot afford to relax and each one will be crucial. We are not here aiming for second places so if a win is possible that is the result we are trying for. With very positive test results in the pre-season we are confident that Ben will also show his true potential here and we expect a trouble-free weekend to allow him to do that.”