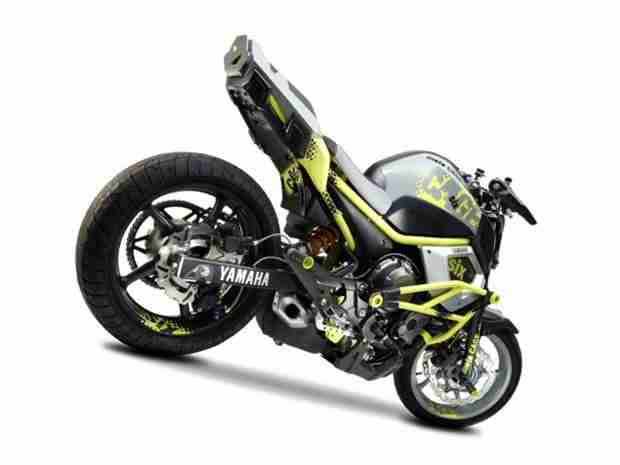 The Yamaha XJ6 Cage-Six is one just for the stunt maniacs out there, it makes a lot of noise and has been made taking inputs from top stunt men and women from across the world. Even the paint job is so alive and wild in tune with the energy levels of a motorcycle stunt personnel.

The gearing and sprocketing have been adjusted to give it cart loads of bottom end torque and it comes standard with some of the balance bars. We spoke to some hardcore stunt enthusiasts whether they would pick one of these off the store, but surprisingly though, their reply was less than a half hearted maybe. According to these high energy folks, each stunt bike is a unique piece, customized to the rider and constantly keeps on changing with the new requirements of new stunts. In-fact it almost pissed them of that anyone could pick one of these and call himself a stunt junkie. Well we think what this could end up doing is, drive some sales for the otherwise boring original Yamaha XJ6.