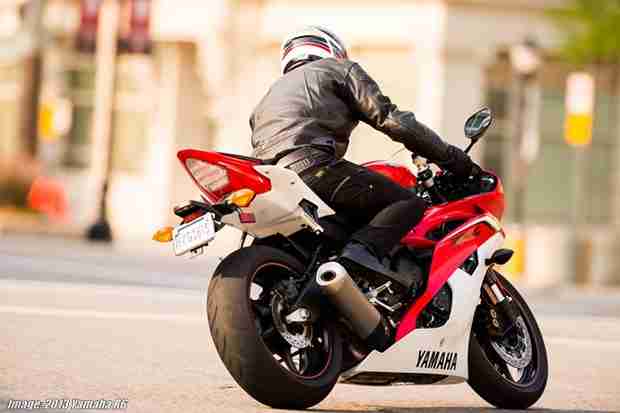 The rumours about the 250cc motorcycle from Yamaha have been flying around for almost 2 years now but now as per our ‘confidant’ in Yamaha things are closing in on an announcement. The 250cc project is apparently named the ‘Yamaha 1WD’ and visually the bike will take design cues from the bigger Yamaha R6 and the current Yamaha R15. As of now its still not clear whether it will be a twin cylinder or a single, but if we were to guess, in order to keep a competitive pricing it would most probably be a single cylinder. But then again its a Yamaha and it needs to be a quick revving smooth machine, so do not be surprised if its a twin. If we are lucky enough we might see a concept presentation at the upcoming EICMA at Milan but even then the earliest we expect to see this bike on the streets would be as far as 2014.

It is about time Yamaha set foot into this market, its competitors are already in and announcing multiple models in the similar range and capturing the market quite successfully. The model we speculate would  be called the Yamaha YZF-R250. There was also mention of a 250cc bike based on the Fazer and interestingly they already have a single cylinder 250cc Fazer in certain other countries but there seems to be absolutely no news about that project and a possible revival of it as of now. In other company news, the Yamaha R1 and R6 would be completely revamped for 2014, so keeping that in mind we could see Yamaha do a total line up revamp with some major announcements in 2013, which could include the Yamaha 250 as well.