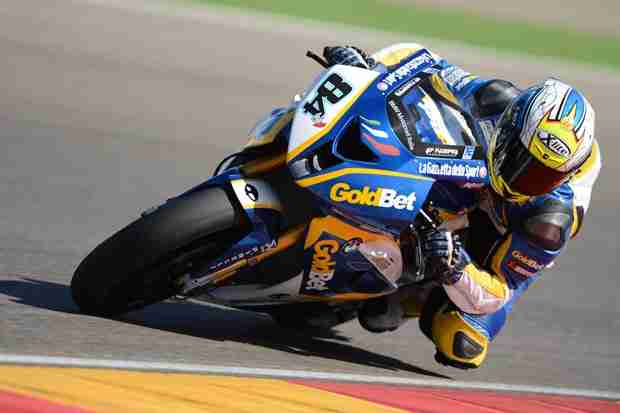 The Brno Automotodrom, hosting the 2012 World Superbike round number nine this weekend, will see the BMW Motorrad Italia GoldBet Superbike Team and its riders Michel Fabrizio and Ayrton Badovini on track. It will be a crucial event, the fifth of the season, for the FIM Superstock 1000 Cup, with Sylvain Barrier trying to defend his championship lead and Lorenzo Baroni wanting to continue the positive trend from the previous races.

Both Michel Fabrizio and Ayrton Badovini love the track, that also suits the BMW S 1000 RR characteristics and behaviour. Fabrizio has already scored podium finishes at Brno, while Badovini finished sixth in both of last year’s races, in what was the team debut season in the World Superbike Championship.

The Brno track, located 15 km outside the second biggest city in the Czech Republic, dates back to the 1930s, and until 1986 was a road circuit. In 1987 it was turned into a track that is currently 5403m long (1996 layout) with nine right hander and six left corners and a clockwise run.

“We are expecting to do well at Brno because the track suits the bike and both riders love this venue. At the recent Aragon test we successfully evaluated some new parts that we are going to use this weekend. For the Superstock 1000 round Sylvain is still recovering to full fitness and fortunately the Aragon crash didn’t bring any further damage to his body, while I’m expecting another solid performance from Lorenzo.”

Michel Fabrizio #84: “The Brno track is probably the one where I can ride at my very best. I’m charged up and ready to give my best, especially with the good feedback I got from the Aragon test.”

Ayrton Badovini #86: “I always like Brno a lot. Last year we did a good job by finishing sixth in both races. We come from two rounds in which we got the momentum back and we’ve been performing well. Let’s hope to build on the positive progress.”