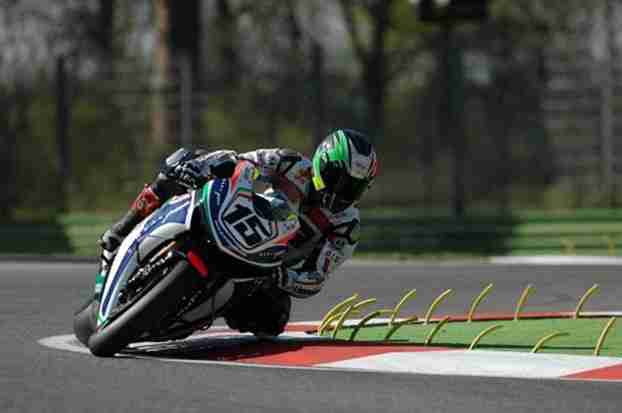 Looking over the the two World Superbike timesheets from Assen, we just noticed that there is a team missing from the list, the Pro Ride Real Game Honda team. Marco Nicotari’s Pro Ride team tried to debut in 2009 which did not happen as they could not find any sponsors and in 2010 they tried again with Makoto Tamada but never officially made a dÃ©but.

This year it seemed that the team had finally found some decent sponsors and they took part if the first two rounds of the 2012 season. They debuted at Phillip Island with Raffaele de Rosa who after a DNS and a 17th spot in race 2 decided that the team didn’t have the prospects and jumped ship, and he was replaced at Imola with Lorenzo Alfonsi who DNF’d in both races. Now the Tuscany based squad has again gone underground and their website and Facebook page hasn’t been updated in the last three weeks.