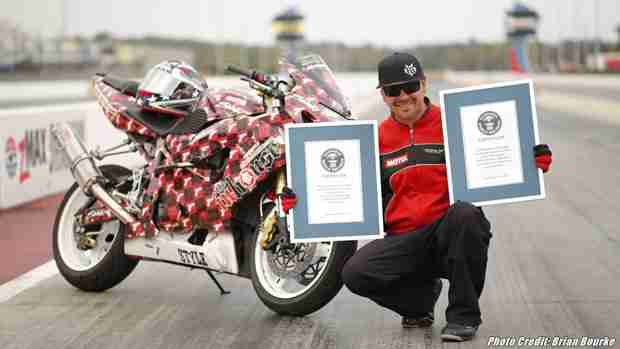 A lot of people dedicate their life’s to getting their names into the Guinness World of Records and stunt rider Jesse Toler has been at it for the past 9 years. Jesse has just done a officially validated stoppie at a mind boggling 150mph (241.35kmph). To put that in perspective that is a fast 67.04 meters per second on one wheel, most of do not even get to ride at those speeds on two. Jesse also holds the record for the longest stoppie, the record he set stands at 402.42 metres. He has already sworn to better himself in the coming months and we can only imagine what he goes through while being connected to the road only by a couple of inches of rubber at 150mph. Check out the video below. 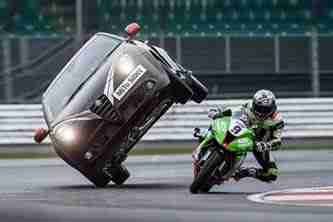