The motor sports scene in India seems to gathering more momentum by the day. Speaking to media Mr Maurizio Flammini, president of Infront Motor Sports confirmed their plans to start the Word Superbike Championships in India by as early as 2013 at the Buddh International Circuit (BIC). Infront Motors Sports are the promoters of the WSBK, regulated by the World Motorcycle Federation FIM. The WSBK has made a return to Asia after nine years by announcing Indonesia as one of the venues in 2013. The date for Indonesia has not been finalised while the India round is expected to take place early next year. The race will most likely happen early next year. It would be decided after the final round of our meeting with the WSBK officials. 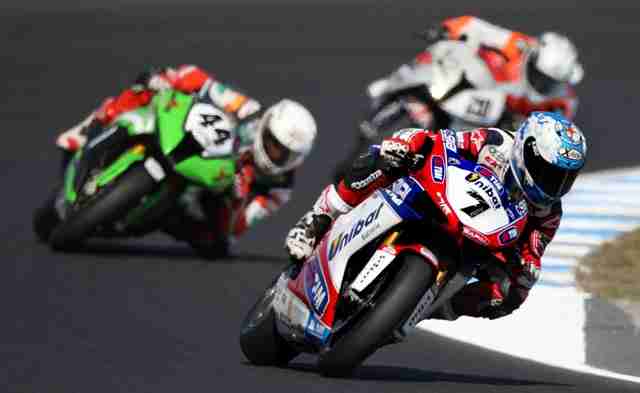 Flammini said it was crucial for the WSBK to add India, Indonesia and Australia to the calendar and described it as a great thing to happen for the championship. “In the Asia-Oceania area, with Australia and Indonesia joining the fold, we are very keen on adding India to the calendar. Now, we cover almost the entire region. We are always interested in expanding the calendar, but we do not increase the workload of the teams. Three races in such important nations, including the two most important Asian markets, are a great achievement for our championship. The organisers (Jaypee Group) did a great job in making the inaugural F1 race a thundering success. Two factors influenced our decision. First the F1 success and then the way the race was organised. I am sure it will attract other important international motorsport series to India.”

Its just a matter of time, before MotoGP follows suite. Truly exciting days ahead.