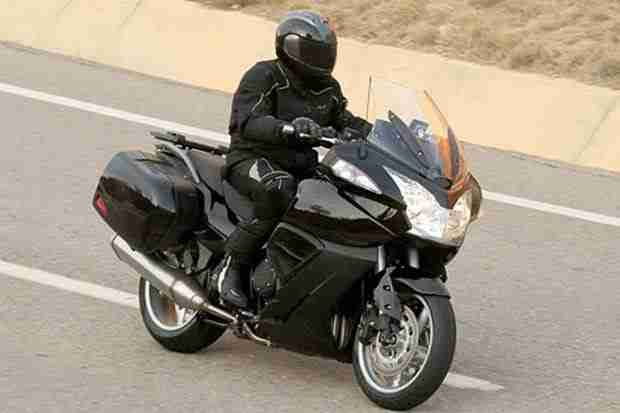 Triumph motorcycles is all set to unveil the Triumph Trophy 1200 tomorrow at a press evet in Austria. We had got wind of an imminent launch from Triumph last week and everybody expected it to be the new Daytona or the Street Triple, but in an unexpected move Triumph has decided to unveil the massive tourer the Trophy 1200 that will directly compete with similar big’s from BMW, Honda and Yamaha.

A good part of the technology in the Triumph Trophy is shared with Triumph Explorer 1200. The very latest in technology coupled with a lot of space should improve the Trophy’s chances against its competition. We can expect the Trophy 1200 to have an exceptional finish, heated handlebars, heated seats, electrically adjustable windshield, as well as navigation, radio, cruise control, traction control and ABS. Watch this space for more as we bring you all the updates from the launch as it happens.