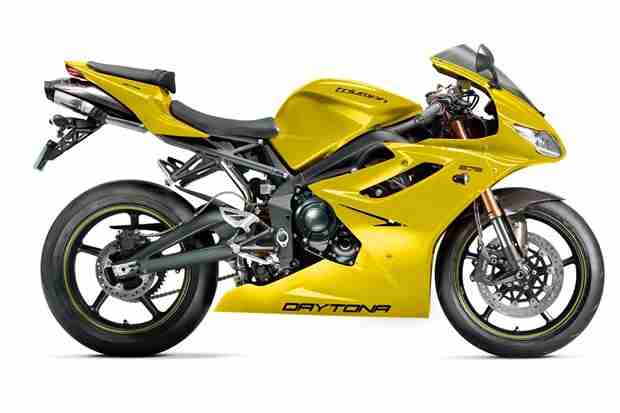 The current generation Triumph Daytona 675 is at the end of its lifecycle, as a new three-cylinder supersport is expected to debut from the British brand later this fall. Accordingly, Triumph is keen on clearing out its inventory of Daytona’s, and has put together the 2012 Triumph Daytona 675 Sulphur. In addition to the new paint and matching pin-striped wheels, the sulfur yellow D675 gets new carbon fiber exhaust heat shield, cockpit infills and front fender like those on the Daytona 675R. The sulfur yellow model gets a quickshifter and billet levers. 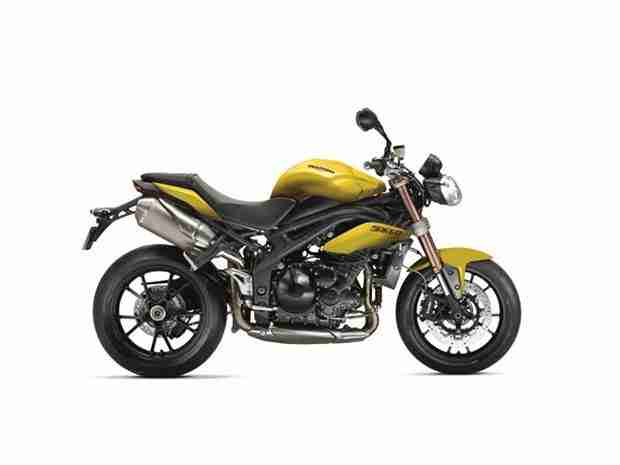 The 2012 Triumph Speed Triple is also getting the same sulfur yellow paint scheme, but not the other upgrades. The Bonneville SE is also getting a new Imperial Purple and white paint option. The new colour variant also gets revised engine cooling fins and a Triumph badge in place of the regular tank logo decal. Triumph also gave the Thruxton a new Brooklands Green color while the Scrambler will also be available in Matt Graphite.

“Our design team is constantly listening to customer feedback and watching trends to assess and re-evaluate the color schemes across our range to reflect what today’s riders want,” says Guy Master, general manager of Triumph UK. “The new designs for 2012 will feed into our dealer network from May onwards and we really hope they will inspire riders to get out there and enjoy a great summer of riding.”