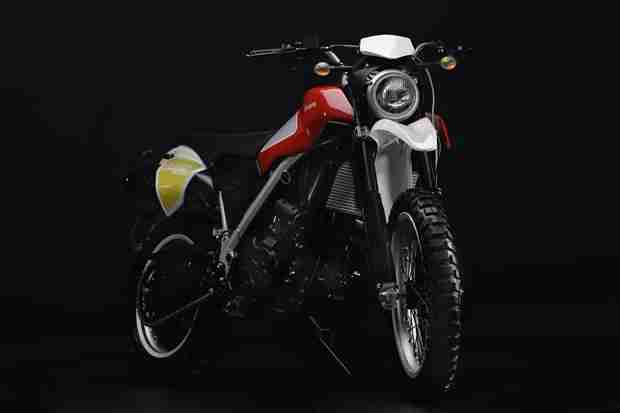 Exactly one year ago, Husqvarna presented the Husqvarna Concept MOAB at the EICMA in Milan â€‘ a study designed as a modern interpretation of the scrambler theme. It is a motorcycle which embodies both the identity and the history of the Husqvarna Motorcycles brand.

Husqvarna Motorcycles is now taking idea this one step further with the Concept BAJA. The motorcycle combines tradition and modern design and, in conjunction with cutting-edge technology, reflects the essence of what Husqvarna Motorcycles stood for in the sixties and seventies.

In over 100 years of company history, Husqvarna Motorcycles has been able to achieve outstanding success in international off-road racing, with 82 World Championship titles to its name to date. Ongoing success in racing in particular made Husqvarna Motorcycles a highly sought-after brand which became increasingly popular not just in Europe but also in the USA. The widespread acclaim of Husqvarna Motorcycles was reinforced by famous riders of the times, but above all by one particular celebrity motorcycling fan: American actor Steve McQueen. McQueen was not just an enthusiastic motorcyclist and motor racing fan, he also achieved success himself on the race track on both two and four wheels. Among other things he entered the Six Days in 1964. 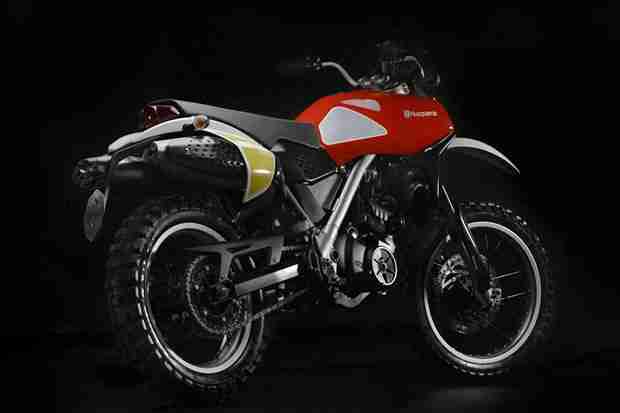 The cover photo of the US magazine “Sports Illustrated” dated August 23rd 1971 showing a bare-chested Steve McQueen doing a jump on a Husqvarna Cross 400 remains legendary to this day. The McQueen-Husqvarna combination eventually became the idol of a whole generation of off-road fans â€‘ and the Husqvarna Cross 400 has been taken as the historical design role model for the Husqvarna Concept BAJA. Using modern-day technologies, the Husqvarna Concept BAJA recalls this unique era in American motorcycle racing, featuring the purist, sporty and dynamic styling which is typical of Husqvarna. 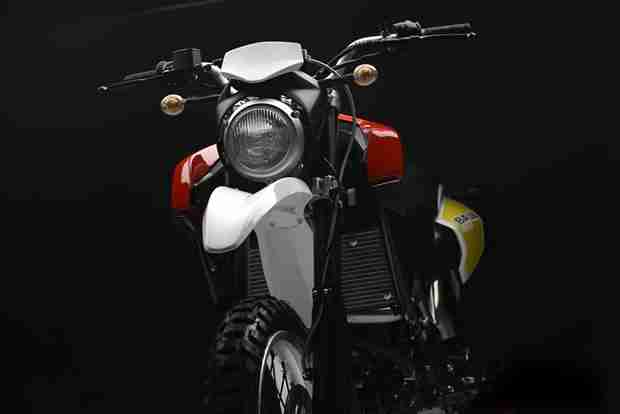 The multi-section architecture of the body displays a very clear, purist style. The slim shape of the saddle instantly recalls the Husqvarna models of the 1970s. Meanwhile the concave surfaces of the front and rear mudguard feature certain stylistic elements which are to be found in the latest generation of the Husqvarna models. The Husqvarna Concept BAJA is powered by a liquid-cooled single-cylinder engine. Power transmission is by means of a five-speed gearbox via roller chain to the rear wheel. In terms of suspension, the Husqvarna Concept Baja features an agile chassis based on a steel tube frame. Front wheel suspension is taken care of by a torsionally stiff upside-down fork, while the rear wheel is controlled by a torsion-resistant dual swinging arm in conjunction with a central spring strut hinged on a lever system. Thanks to the bike’s generous spring travel, the agile handling properties of the Husqvarna Concept BAJA go hand in hand with excellent qualities for light off-road riding. The Husqvarna study meets its aspiration to tackle light terrain by means of 19-inch and 17-inch wire spoke wheels at front and rear respectively, and solid stopping power is provided at both front and rear by a Brembo hydraulic disc brake system. 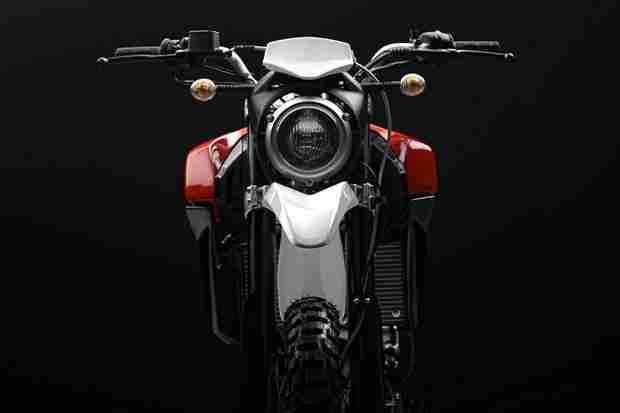 Husqvarna Motorcycles has been part of the BMW Group since October 1st 2007 and is able to rely on BMW Motorrad as a powerful partner at its side in every respect. Today there are some 260 staff working at the company headquarters in Cassinetta di Biandronno and the model range currently includes 26 motorcycles in the enduro, motocross, 125 and road segments. What is more, Husqvarna offers an extensive range of accessories, rider equipment and merchandising.