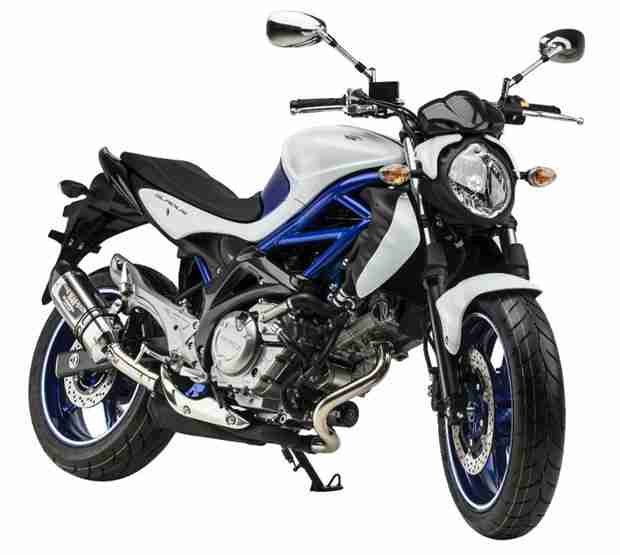 The gorgeous looking Suzuki Gladius made its first appearance in the international markets back in 2009 and soon enough won the prestigious Japanese Design award for that year. The motorcycle was soon also available in a 400cc version and both these models turned out to be a success in all the markets that it was introduced. Its been three years since the motorcycle saw any major changes and finally the Spaniards get a high performance version of this 90 degree V-twin 650, that now gets a generous touch of carbon fibre and a Yoshimura exhaust system. The motorcycle will also have ABS as an option and will be available in Spain later this month.