Re-inventing the wheel, well that is simple enough, oh wait, what? Well that’s what the student team at Charles W Davidson College Of Engineering at San Jose State University are set out to do. They are all set to build what we would rather call a really ballsy machine. This machine will remain stable with the help of gyros, accelerometers and a lot of highly advanced control systems, that will enable you to remain upright and perform all the basic functions like you know, turning. Although if you have not noticed yet its the spheres that totally set this machine apart. The project is about a year old now and has a 14 member team. 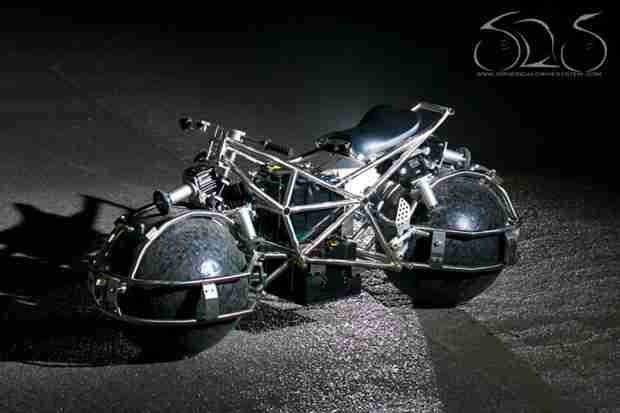 “The motorcycle operates on a friction based drive system that directly drives the surface of the sphere with custom manufactured omniwheels, attached to Animatics motors,” explained team leader Max Ratner. “The method for balancing the motorcycle is similar to a Segway in that it uses accelerometers and gyros for detecting the pitch angle and correcting for any displacement from vertical. The user will control the motorcycle just like any modern motorcycle with a throttle, leaning, and handlebars. Additionally, there will be a set of joysticks that will allow for additional maneuvers such as forward/reverse/side-to-side motions/spinning the vehicle.”

In case you are wondering how the motorcycle turns, that is done by a point motor system that makes sure you are going where you want. The frame is made of stainless steel tubing, and there’s suspension front and rear in the shape of Fox racing shocks. All the systems computers are run by ARM micro-controllers and in theory at-least the motorcycle can reach speeds of 96.5kmph. There is still quite a bit to do before then, however. Ratner confirmed that “the vehicle is about 85 percent assembled in terms of hardware and about 20 percent done in terms of software and electrical. We have about 90 percent of our parts.”

“The challenges posed by the control system include an attempt to balance an inherently unstable system, interfacing with multiple drive motors, and combining potentially noisy sensor readings such as those from an accelerometer into something usable and reliable,” Ratner told us. “The control system has been proved out on our test rigs but there is quite a bit of stuff to change in the code to make it applicable to the final bike. This testing will likely happen around the end of 2012.” 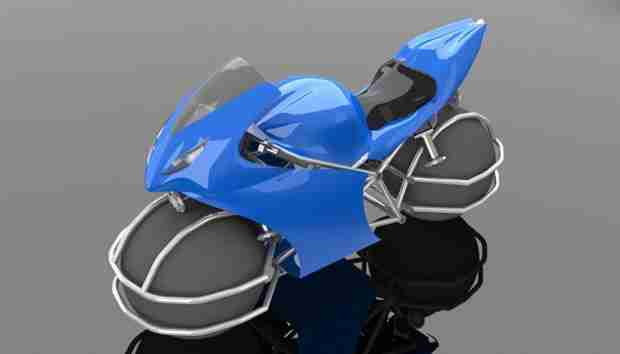 The ambitious project is backed up Animatics, Wolfe Engineering, Atmel and even IEEE. The final product will have a more covered look with a more motorcycle type look. We definitely are waiting to see how this project develops and are waiting for a full working prototype.