The folks at Lit have succeeded in building a functioning prototype of their vehicle. The rather rickshaw-looking proof-of-concept prototype is electronically limited to a speed of about 10 mph (16 km/h), and its two scaled-down gyros generate only half of the approximately 1,300 foot-pounds (1,763 Nm) of torque planned for the production version. It turns out that that’s still enough, however, to keep it upright while being piloted around the local streets. 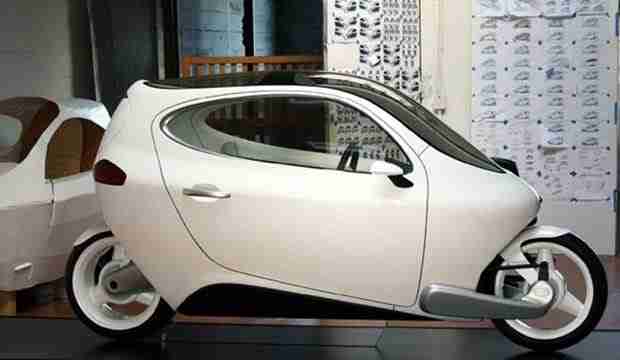 Lit Motors president Daniel Kim says that they have learned a lot from making it, particularly when it comes to keeping the weight down on the final version. “I have a couple of ideas for our next revision,” he told us. “I’ve got some tricks up my sleeve for what the real potential of this vehicle will be.” Lit Motors hopes to be selling C-1’s by 2014. By that time, they should reportedly have a top speed of 125 mph (201 km/h), a battery range of up to 200 miles (322 km) per charge, and space for a second passenger — all for US$16,000.