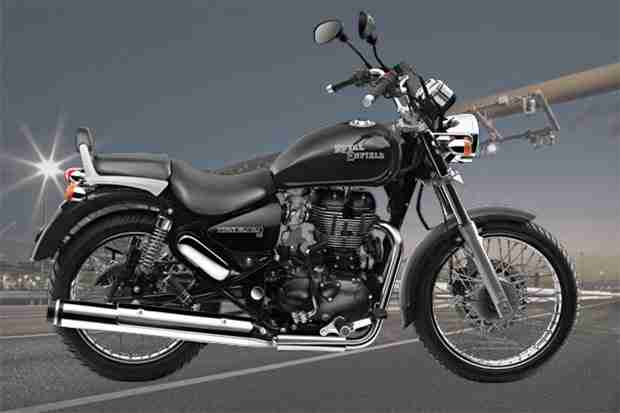 With the Thunderbird 500 being launched, Royal Enfield have taken the opportunity to breathe some life back into the standard Thunderbird 350 that has been with us for a long long time. The Royal Enfield Thunderbird 350 gets a lot of features carried over from the elder brother except for the FI system and now is a more appealing package than its previous version.

The TB350 tank is now a 20 litre one, the rear section that includes the split seats, the LED tail lights and the pillion back rest is similar to that on the TB500 and it also gets the updated front forks, 18 inch tyres and the rear disc setup. The projectors from the TB500 also make it on to the Thunderbird 350 and so does a similar paint job. The new Thunderbird 350 roughly costs about 13,000INR more than the previous one whose bookings had stopped some while back. The on-road price in Mumbai is at 1,43,346 INR.