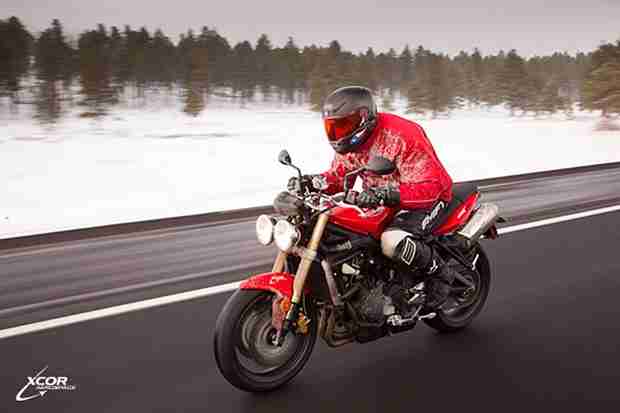 So how do you cost effectively test out rocket engine parts? The folks at XCOR chose the next best thing to a rocket, a motorcycle. When it was time to test the bearing components of their new rocket propellant piston pump, the XCOR engineers got creative — they put them in the engine of a motorcycle, and sent it on a road trip.

The pump is designed to deliver liquid oxygen and kerosene within the company’s planned suborbital spacecraft, the Lynx. As it turns out, the Triumph Street Triple motorcycle develops approximately the same horsepower and has the same cylinder arrangement as that pump. According to the engineers, this made it an ideal choice as a long-life pump test platform. They proceeded to modify one of the bikes, incorporating their bearings into its engine. It was then taken on a 24-hour road trip, in which it was ridden from Roswell, New Mexico, back to the company’s headquarters in Mojave, California. That amount of use reportedly represents the equivalent of 400 Lynx flights. Data readings on the bearings’ status were taken along the way — by the end of the trip, there was said to be no extra wear discernible on the bearings.

“This test would have cost us over $500 per minute had we operated it on a traditional pump test stand,” said XCOR CEO Andrew Nelson. “The entire trip represented about half a million dollars in net savings in both time and money for the company.”

Check out the video below for more information and footage from the road trip.