The riders who race for Repsol in the World Championship and in the CEV this season left behind their MotoGP, Moto2 and Moto3 machines for a new challenge: A speedy encounter at a tricky urban circuit. 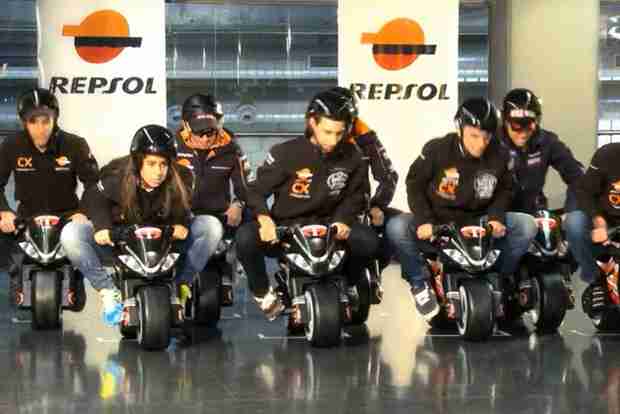 These elite athletes are always ready to compete, whatever the discipline. This time, it was a new competition between themselves on minimotos. With no work on setup, no choice of tyres and without any familiarising oneself with the machines, the eight riders were on level terms and nobody wanted to be left behind. With laughter and a more relaxed atmosphere than a GP weekend, they all pushed to cross the line first. There were overtakes, attempted escapes and letting up, showing the lighter side of the seasoned racers.