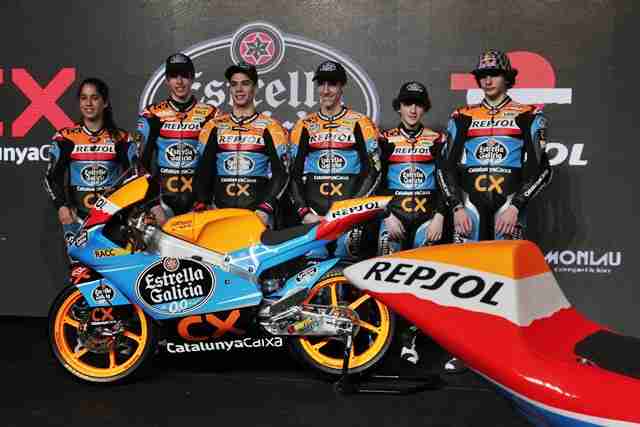 Four weeks away from the start of the Moto3 World Championship, Repsol riders Miguel Oliveira and Ãlex Rins had their own special presentation alongside their machines this morning. Joined by fellow Repsol family members Ãlex MÃ¡rquez, MarÃ­a Herrera, Francesco Bagnaia and Lorenzo Baldassarri –riders from the CEV Spanish National series, they showed off the new livery which will feature on their bikes in 2012.

Held at the El Matadero de Madrid, a reformed building used as the Spanish capital’s Centre of Contemporary Creation, the presentation showcased the riders and machinery forming part of one of the strongest teams in the Moto3 World Championship and the CEV. Ãlex Rins –reigning CEV champion– and Miguel Oliveira are the talented pairing in an exciting squad who will be aiming to impress on the world stage, alongside last year’s breakout star, Maverick ViÃ±ales. 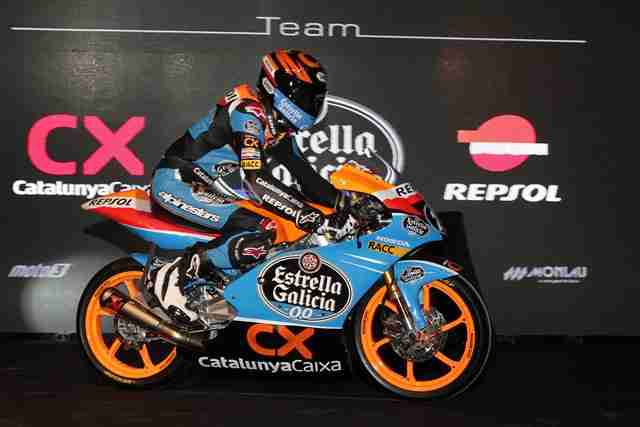 As a training ground for the World Championship, the CEV receives plenty of attention from Repsol. This year is no different, as the energy company have lined up Ãlex MÃ¡rquez and “Pecco” Bagnaia for another season in order to fight for the national title. They are joined by newcomers MarÃ­a Herrera and Lorenzo Baldassarri. All of these riders are aiming to acheive the same success as Repsol’s MotoGP stars: Reigning premier class World Champion, Casey Stoner, teammate Dani Pedrosa and Moto2 runner-up, Marc MÃ¡rquez.