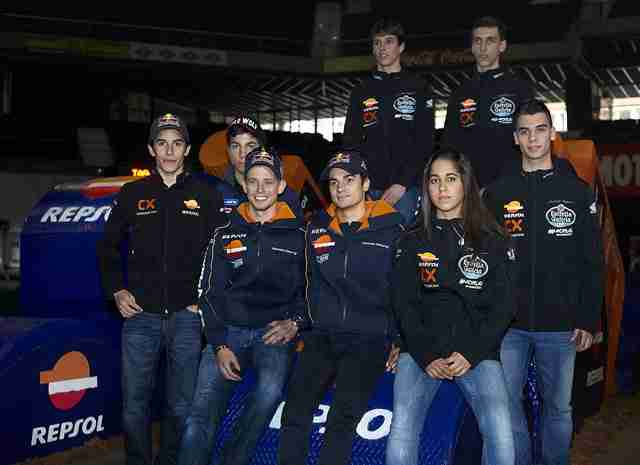 Repsol has serious aspirations of titles in each of the categories and championships in which they are present. That is why they have the best riders at their disposal: Casey Stoner, Dani Pedrosa (MotoGP), Marc MÃ¡rquez (Moto2), Maverick ViÃ±ales, Miguel Oliveira, Ãlex Rins (Moto3), Ãlex MÃ¡rquez, MarÃ­a Herrera, Francesco Bagnaia, Lorenzo Baldassarri (Campeonato de EspaÃ±a de Velocidad), Toni Bou and Takahisa Fujinami (Trial).

Fans at the Palacio de Deportes de la Comunidad de Madrid could hear the riders’ opinions first-hand, as the three title winners Casey Stoner, Dani Pedrosa and Marc MÃ¡rquez took to the stage alongside the most promising young talents: Maverick ViÃ±ales, Miguel Oliveira and Ãlex Rins. The group posed together for the first time, ahead of the first race of the season in Qatar on April 8th. Future stars Ãlex MÃ¡rquez and MarÃ­a Herrera will be riding for Repsol in the CEV Spanish Moto3 series.

The Repsol Team 2012 presentation was the prologue to the fourth round of the FIM X-Trial World Championship, in which Repsol also has a presence: Toni Bou is the current series leader and a ten time World Champion, accompanied by teammate Takahisa Fujinami.

Repsol has been present in the world of sports sponsorship since 1969. For over 40 years, the energy company has been one of the reference points of the highest level of competition, becoming a symbol of innovation, technology and excellence in fuel supply for the most demanding disciplines in addition to an academy for exceptional riders.

Casey Stoner and Dani Pedrosa in MotoGP, Marc MÃ¡rquez in Moto2 and the trio of Maverick ViÃ±ales, Miguel Oliveira and Ãlex Rins in Moto3 are the stars in the Repsol lineup for the 8th April season start in Qatar for the three MotoGP series. CEV Spanish National series Moto3 riders Ãlex MÃ¡rquez and MarÃ­a Herrera were also in attendance at the presentation. The presentation served as a prelude to the X-Trial Madrid event, won by Repsol rider Toni Bou. 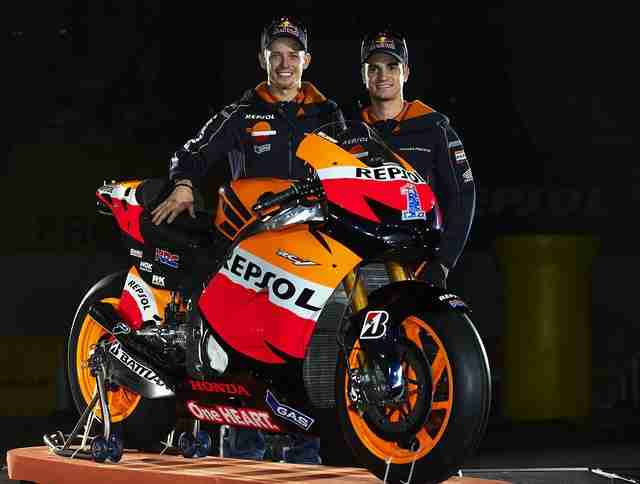