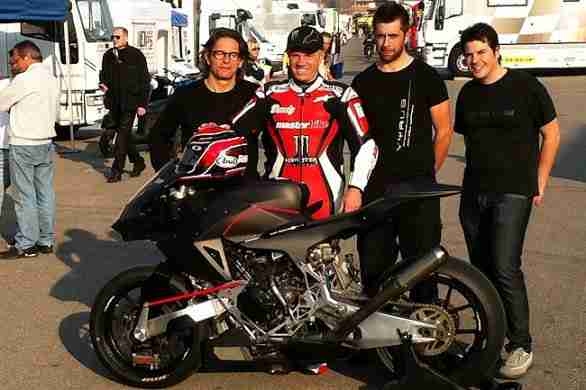 This weekend at Imola saw not only the massive presence of 150 CIV riders in pre-season testing (Superstock 1000, Superstock 600, Superbike, Supersport 600/Moto2, GP 125/Moto3 and Yamaha R6 Cup), but also included MotoGP rookie rider Michele Pirro giving his new FRT-Honda CRT bike a planned three day shakedown test which was cut short on Saturday, after they discovered that the belly of the fairing was hitting the track in certain sections and had to go for a fairing redesign before this week’s official MotoGP test at Jerez.

While several World Superbike teams (Kawasaki, Pedercini Kawasaki, BMW, Aprilia) are at Aragon for a two-day private test, Lorenzo Zanetti was testing his Pata Racing Ducati at the Enzo and Dino Ferrrari circuit ahead of the second round of the season always at Imola. The Italian rider in his WSBK debut at Phillip Island finished in 11th and 14th respectively. All the riders present at the Italian circuit were also treated to the legendary Randy Mamola doing some spectacular riding on the Vyrus 986 Moto2 for a special photoshoot, which also included a magnificent wheelie. 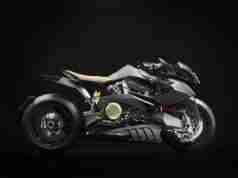