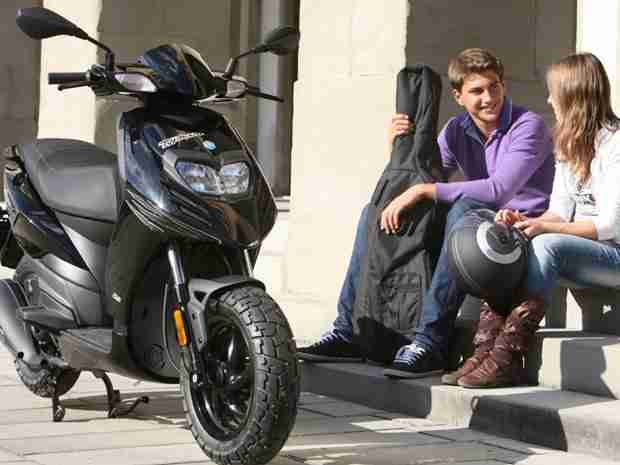 Piaggio India is charged up by the good response it has got from its Vespa sales and have confirmed that they will be launching more scooters in 2013. According to our friends at MotorBeam top on the list of the scooters that will be introduced in India lies the 150cc Piaggio Typhoon. Although the international version features a 125cc engine, the Indian version will be featuring a 150cc engine from Piaggio’s own Fly 150.

The 150cc engine on the Piaggio Typhoon will produce 11.4 HP of power at 7750RPM and 11.5 Nm of torque at 6000RPM and would be the first scooter in India to feature MPFI (multi point fuel injection). Piaggio claims that this CVT engine is capable of returning a fuel efficiency of 32 kilometres to the litre and also reach a true top speed of 100 kmph. The fuel tank capacity would be at 7 litres and that gives the Typhoon a decent range of approximately 200+ kms. Highlights of the Typhoon include the 220mm front disc brakes and sturdy looking front telescopic forks. Looks wise it is pretty much unique in design compared to the existing scooters in the Indian market and for sure will appeal more to the younger crowd. Expected price lies at a high 85,000INR and that could very well be a decider in our price sensitive market.

Aprilia looking to launch a maxi scooter in India soon 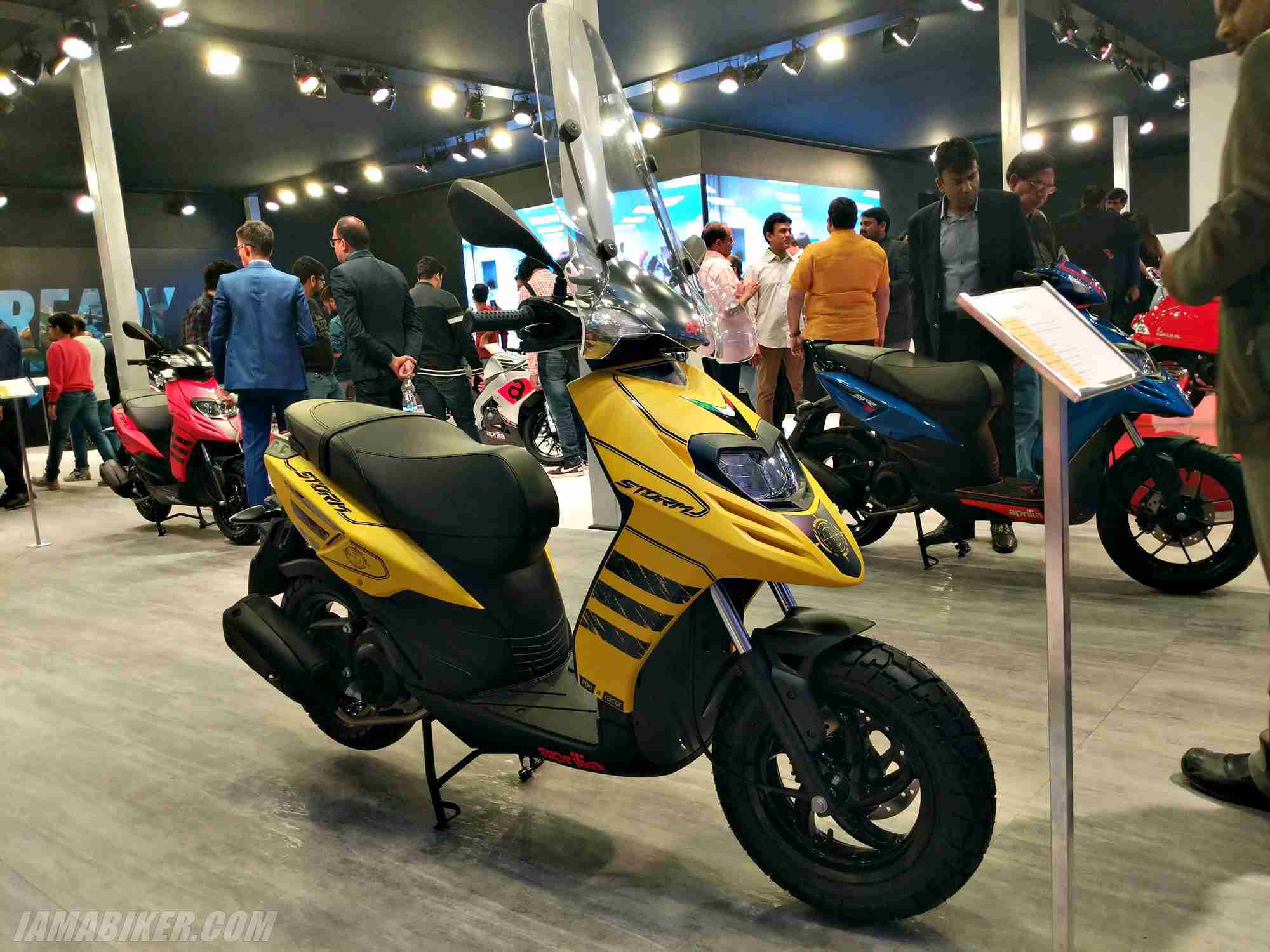