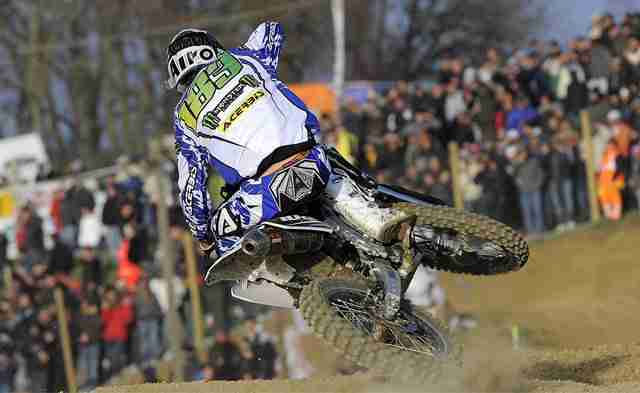 An excellent pre-season period for the factory Monster Energy Yamaha team continued this weekend with Steven Frossard taking his third consecutive victory from three rounds of the Italian Championship at Castiglione Del Lago and Zach Osborne winning the overall – and with Arnaud Tonus – Yamaha claiming all three motos of the MX2 British Championship launch at FatCat in England.

2011 FIM MX1-GP World Championship runner-up Frossard raced to third and first positions at the former Grand Prix venue in Perugia to classify ahead of team-mate David Philippaerts on the YZ450FM and again defeat world champion Antonio Cairoli for the third time in three weeks. The second moto in particular saw all three protagonists at full gas and separated by just a second for an exciting phase of the race. The Frenchman is now in ‘pole position’ to defend the Italian national crown that he obtained last year thanks to a 60 point lead over Philippaerts and just one meeting remaining due to occur at Gazzane Di Preseglie in a fortnight.

“I’m really happy. I still don’t feel 100% and my stomach isn’t great but we had some good racing today and to win again, well, you can’t ask for more,” Frossard said. “I made a small mistake in the first moto by not selecting hard-pack tyres and I lacked grip but the second race with David and Tony was exciting and pretty hot for a few laps. We’re getting closer to the title.”

Christophe Charlier romped away from the rest of the MX2 field at the jumpy and remodelled layout at Castiglione to clinch the chequered flag by almost twenty-five seconds on his fuel injected YZ250FM. The Frenchman was sixth against the bigger 450cc motorcycles in the Elite class final moto. Charlier, who missed the opening round of the series through illness, is likely to skip the last race in order to enter two fixtures of the Dutch contest with a view towards the opening Grand Prix of the FIM World Championship in Holland on Easter Monday. In the UK the opening test of eight in the Maxxis British Championship saw business as usual for the Dixon-led splinter of the Monster Energy Yamaha crew. Arnaud Tonus won the opening MX2 sprint on his YZ250F ahead of Zach Osborne (the American in his first race since AMA Supercross West Coast Lites appearances in January and first on European soil this year) while the American dashed away in the second race as Tonus crashed and retired. The duo battled furiously in the third and final decider and Osborne — the 2010 British Champion against the reigning number one — defeated his team-mate.

“It was really good to get a first race like that under my belt,” said Osborne. “I’ve been doing a lot of work in the sand and I noticed the improvement with three good rides today. I only got back on Monday but feel ready to go and this was a decent way to start off all our work over here. Arnaud and I went back and forth in the last moto and it was cool to win after racing like that.”

Shaun Simpson struggled with his starts in the MX1 category and after finishing 2nd and 6th in the first two motos clipped the rear wheel of Marc de Reuver in the first corner and hit the ground at the start of the last. The Scot fought back to 5th place. The second British event will take place on April 1st at Canada Heights in Kent. 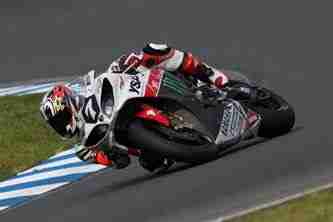 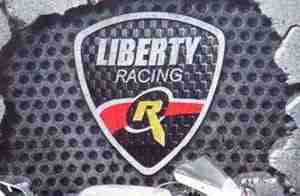