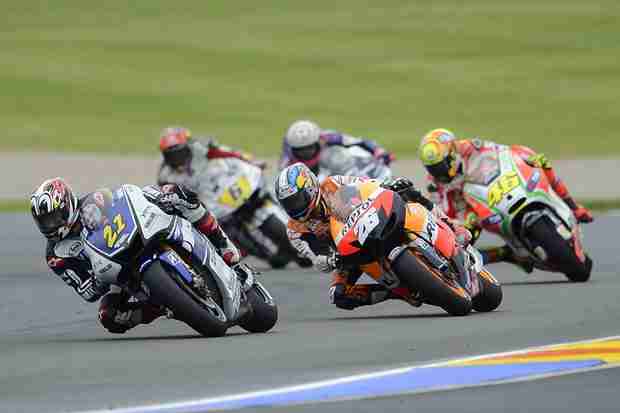 More and more changes are seeping into the championship. In a new set of rules that has been announced, the FIM and the GP commission hope to take a more firm grip on the championship and create a more uniform and unbiased atmosphere with no one team having an undue advantage.  The most important new addition is the disciplinary rule that makes sure that the riders are penalized for bad behaviour on track. There have been several instances where the rider at fault has been left easy and some teams manipulating the rules to their advantage.

It has been recognised that there is the need to address the problem of riders who are constantly being warned or penalised for endangering other riders or committing other serious offences like assaulting marshals or other officials. To address this issue a new system of Penalty Points was approved. Race Direction can sanction a rider with a number of Penalty Points between one and ten. This can be instead of or in addition to any other sanction. Points will “tot up” during the season and when certain thresholds are reached the following sanctions will be applied automatically:

Once the ten point sanction has been imposed then points reset to Zero. Points are not carried forward to the following season.

Several changes to the start procedure were approved:

The allocation of tyres for the Moto2 class is changed. In future riders will have the following maximum numbers available: