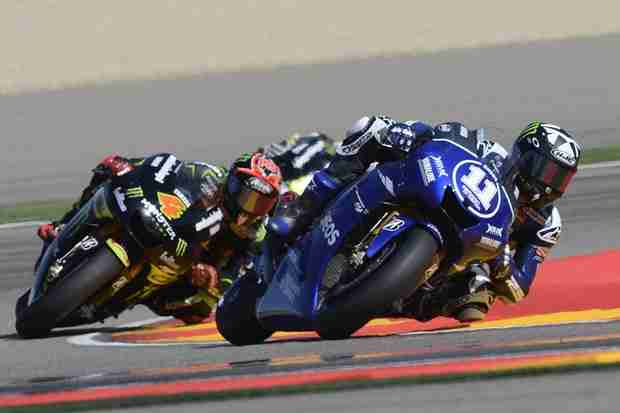 Yamaha Factory Racing heads east to prepare for the Grand Prix of Japan at the Twin Ring Motegi circuit this weekend. The race is the first of three back to back overseas races before the Championship heads back to Valencia for the finale in just over one month’s time. Jorge Lorenzo prepares for Yamaha’s home race determined to maintain his Championship point lead over closest rival Dani Pedrosa. The Mallorcan can claim a victory in Motegi in 2009 and a podium in 2011 with second.

Ben Spies has yet to experience a trouble free Motegi, dropping to 15th in 2010 after having to avoid a rider and dropping to last in 2011 after being hit by fallen Valentino Rossi. In both cases the Texan mounted a determined comeback, fighting back to eighth and sixth respectively. After two fifth place finishes in the preceding rounds Spies will be looking to build on this and put on a good show for the fans. Originally designed as a test venue in 1997, the Motegi track has a geometric layout with a surface that offers good grip levels over numerous 2nd gear corners. Braking and acceleration are the key factors for a fast lap time here.

“We start the Asiatic tour leading the Championship and in a good shape after the Aragon race. For sure it’s going to be difficult because our competitors at this moment of the season are very strong but we have to play our cards in the best possible way. Motegi is a track that I like, I won here in 2009 and I think we can fight for the win again this weekend.”

“I’m looking forward to the weekend. We had some bad luck last year on the first lap when Valentino crashed but we had really good pace. We’ve had a couple of decent results running up to this weekend so hopefully we can put together a good result for Yamaha here at their home race.”

“We have a tough few weeks coming up on this overseas tour but we start in the best possible way with the Championship lead. Motegi can be a tough track for us but Jorge is very motivated and fit. It would be the perfect start to the triple back to back races to extend our lead this weekend.”

“We are very excited to be here for Yamaha’s home race to put on a good show for our Japanese fans. With four races to go we have Jorge in a very strong position leading the Championship and Ben delivering better results with no issues. Motegi is a very unique track with a lot of stop-and-go corners. So far we’ve had a good base set up for most of the tracks of the season so let’s see how the 1000cc M1 performs there for the first time on Friday morning.”