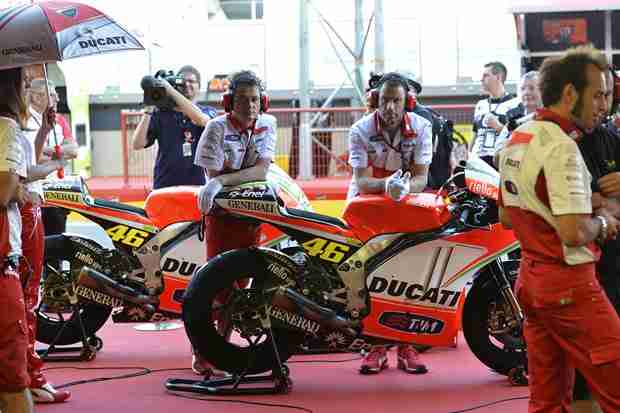 The first of two American stops in the 2012 MotoGP Championship will take place on Sunday at California’s spectacular Laguna Seca circuit, a beautiful and challenging track that winds through the hills east of Monterey. The United States Grand Prix is very special for Nicky Hayden, as it was the site of his first GP victory, in 2005, and of another win the following season while he was on his way to the world title. Valentino Rossi is also fond of the track’s unique atmosphere and old-style layout, which played host to a win for the Italian in 2008, as well as to three additional podium finishes.

The “stars and stripes” round is also important for the company from Borgo Panigale, for whom the United States represents the most important target market, and one that is continuously growing, as Americans have long associated Ducati with quality, technology and exclusivity. As is the case every year, the Ducati Island will serve as a meeting point for the many Ducatisti who will come to support the Ducati Team and its riders over the weekend. 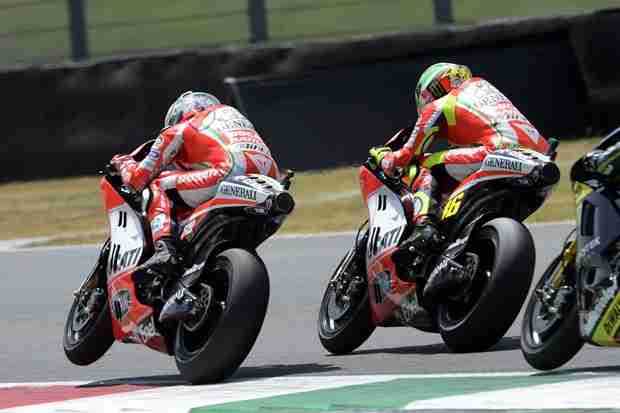 “Laguna is a difficult track, with many bumps and a lot of elevation change, but at the same time it’s beautiful and fun, in part because it’s rather old-style. I really like the fans and the general feel. Although my last test at Mugello was ended early, we were able to begin working with some details, and we’ll probably be able to use some of them at Laguna, even if we’re talking about a small percentage of the package that they’re working on at Ducati. Last year we went okay at Laguna, so we’ll see what happens this weekend.”

“Of course I like Laguna, so I’m excited to go there and see my home crowd and all my friends in the AMA paddock. We’ve been getting a little closer to the front lately, but now is no time to rest. We have to keep working, because now the gains will be more difficult. Laguna is certainly not easy, and I doubt the lap times will be much different with the 1000s than they were with the 800s. I’m not even sure we’ll use sixth gear, and as was the case at the Sachsenring, we’ll probably spend a lot of time working with the wheelie control and just trying to use that power when it’s available. The new tyres should work better at Laguna, especially in the colder mornings and on the right side. My goal is clear: go there, have fun, and try to get the best result of the season.”

“The next two GPs in the United States are obviously very important for Nicky, and he would like to take advantage of the progress shown in recent weeks in order to do well for his fans. Vale came very close to making the podium at Mugello, but we must manage to give him the opportunity to be more effective in qualifying as well. At Laguna we’ll continue working with the settings that we’ve been perfecting for a few races according to our riders’ respective needs, and we’ll seal the fourth engines for both. Like the third one, already in use, it was made in a way that makes it possible to install new parts that are intended to improve rideability. For this race, we’ll have some of the updates that we tried at the Mugello test, and those will be followed in the next races by subsequent evolutions.”