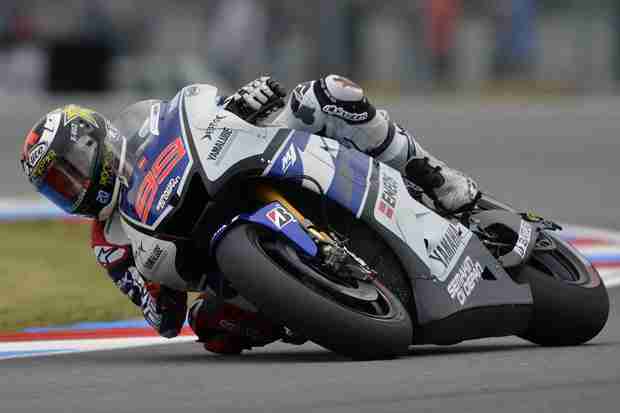 Following an eventful Brno race weekend Yamaha Factory Racing have today successfully completed a one-day test at the Czech circuit. Jorge Lorenzo spent the test sessions giving the first shakedown of the 2013 YZR-M1 prototype. The team also worked to find an improvement in the suspension on the front end of the bike to allow him to brake later on the 2012 machine. Team mate Ben Spies had less to test, The Texan spent the morning session working through different settings for the base set up of his 2012 M1 to improve general performance over the remainder of the season. The team will now enjoy a one-week break before moving to Aragon to test again on the 4th and 5th September.

“We tried the 2013 bike today, for the moment it’s a prototype so not the final one. The engineers will now take the data away to prepare for our next test. We also worked on braking which was where I struggled with Dani during yesterday’s race. We found something a bit better which should help us gain some tenths of a second.”

“There was not so much for us to do today, we spent some time this morning working on the base set up of the bike which completed our test schedule. We’ll go to Aragon next week to continue and see if it helps us for the next race in Misano.”