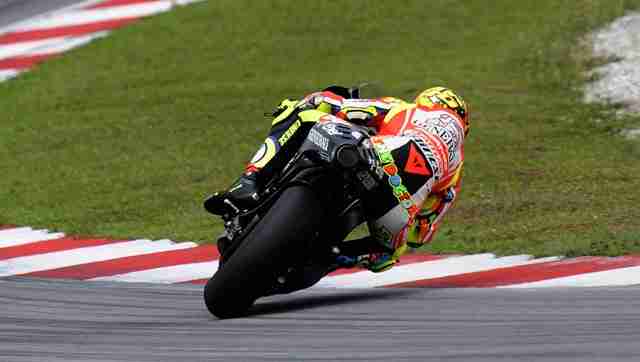 Yamaha Factory riders Jorge Lorenzo and Ben Spies continued to show promising form today in the second day of the Sepang test, the first official 1000cc MotoGP test of 2012. Having spent yesterday getting back into the rhythm of riding, today was spent focusing on comparative testing in a number of areas.

The Yamaha team worked to gather data to optimise the balance of the 2012 YZR-M1 chassis whilst also working to refine the power delivery of the increased engine capacity through electronics and power delivery. Spies led the field for the majority of the day with team mate Lorenzo just behind, the Texan eventually knocked from the top spot by just 0.157 seconds by Casey Stoner. Tomorrow’s final day of testing will see a further shakedown by the Yamaha riders before they return in one month’s time for the second test of the season.

“We got going pretty well in the morning, then even when the track started to slow down the pace was still really good. We started to mess with the balance of the bike a little today and played with the electronics to find a good foundation with the bike. At Valencia we compared some stuff and got in the right direction. Now we’re here and taking the next step, trying some things to see how it affects the set up. There’s definitely some room for improvement and some areas we’re not struggling with at all.”

“Today I was much more tired than yesterday so it was tough to finish with a good pace but we managed it. We didn’t find any big improvements but some small details. Tomorrow we hope to make one big step. We improved our lap times a lot in the morning but in the afternoon when it was even hotter we managed to go faster which is very positive.”

After missing the first day of testing yesterday due to a back strain, Casey, the 2011 World Champion enjoyed good track conditions on his first outing on the bike in 2012. Casey spent the day doing a chassis comparison between his two RC213V chassis’ and finished the day as the fastest rider with a time of 2’00.895. Team mate Dani Pedrosa used his second day of testing to work on braking and to improve the stability of the new 1000cc bike in corner entry, and look for solutions to reduce the chattering. He finished the day 4th with a time of 2’01.508. The Repsol Honda Team will return tomorrow for the final day of this first Sepang test.

“Today we started to work well from the beginning; the track conditions were better than yesterday and it was hotter out there. We’ve been working on the setting of the bike, focusing mainly on the braking and reducing chatter, to improve the stability on the entry of the corners, that’s our main target right now. We made some comparisons between the two chassis’ and we will keep working with the bike and see what can we do before choosing.

We have one more day, so we’ll try some other things with the shocks, this could help, and also different tyre pressures, we will see. I didn’t do many laps during the day, but now it’s time to test as much as possible and sometimes you have to spend more time in the garage, it’s normal. The new Bridgestone tyres are working ok, I just tried one hard on the rear but I didn’t have much grip and the soft ones are working better, even for the endurance they don’t look so bad”.

“It was great to be able to ride today and everything went pretty well, although I would have liked to have done a few more laps. We spent most of the day on the new chassis comparing it back to back with the one we had in Valencia and we found a good direction and where we want to go. As usual it would be great to take some elements from one chassis and some from the other, but at least we found the direction we are happy to follow.

We used the hard front tyre this afternoon but found we had more chattering with it so we have to work on this, there is still room for improvement. We didn’t get a chance to use the new spec tyres that Bridgestone have brought here, we’ll try them out tomorrow and go from there”.

For the Ducati Team, the second day of testing at Sepang was marked by a busy schedule that focused on preparing the GP12’s base setup. Valentino Rossi was engaged in the work that Filippo Preziosi had planned for the team, using all the time at his disposition, while Nicky Hayden was forced to stop after sixteen laps due to pain in his injured left shoulder. Test rider Franco Battaini took over the American’s seat in order to complete the work planned for today.

“It was another positive day, both because we achieved our goal of lapping at 2:01 and because we managed to make further progress with the bike’s setup. On the other hand, as is normal with a brand-new bike like the GP12, as we progress with our tests we also find other details that can’t be addressed with setup alone and that will therefore have to be perfected in the coming weeks. We had already identified those areas yesterday, acceleration and electronics, and we confirmed the progress made with the front end. Honda and Yamaha have been working on their bikes for a year, while we’ve just had two days, which makes our job particularly challenging, but we already knew that as well. Tomorrow will be important as well because we’ll be able to make an overall assessment of the three days, and we’ll have a clearer idea of where we stand compared to the others. If we manage to stay under one second from the top, I’ll be happy.”

“I was okay when I first went out this morning, and on my second lap I managed to make a pretty decent step from yesterday. After that I lost strength in the shoulder and wasn’t really able to ride fast or consistently enough to test much. I’m okay under braking because I can lock my shoulder out, but when the bike shakes I don’t have enough strength to hold on. I didn’t want to crash and cause bigger problems, so I just decided to chill out. It’s a bit of a bummer, but that’s how it goes sometimes. They’ve done a great job with the new bike, and you can see just from looking at it that it’s really slick. I just wish I could ride it closer to the edge and really see what it does and how it reacts to changes. Maybe I’ll do a few more exits tomorrow, but that’s about it.”

What the MotoGP Sepang test 2 tells us