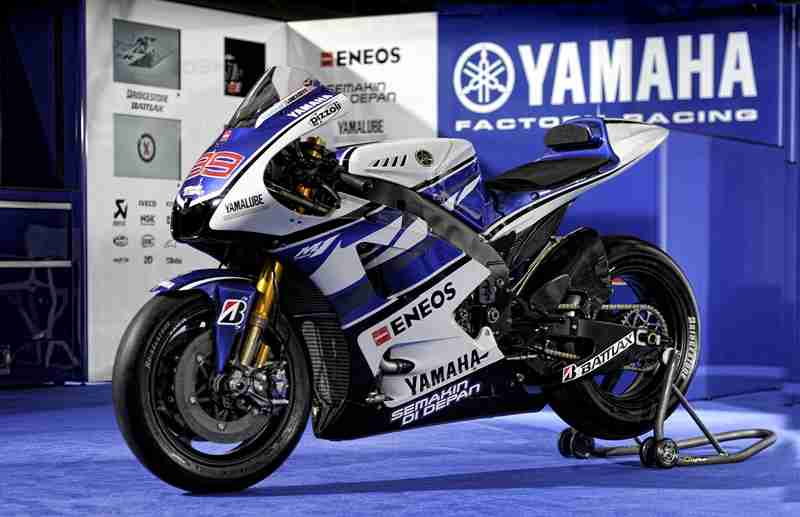 This Sunday sees the long awaited and hugely anticipated season opening race of the 2012 MotoGP Championship at the Losail circuit in Qatar. Yamaha Factory Racing riders Jorge Lorenzo and Ben Spies will line up on the grid under the spectacular floodlights alongside their rivals for the first true test of the 1000cc era. A strong winter testing period with very competitive times means both riders arrive in Qatar confident in the abilities of their all-new 1000cc YZR-M1 as they set their sights on the podium.

2011 Championship runner up Lorenzo has a strong record at Qatar, starting every premiership MotoGP race there from the front row and always finishing on the podium. An outright Losail victory has so far eluded him, something he aims to put rights this weekend. Team mate Spies has yet to score a podium finish in Qatar, taking fifth in 2010 and sixth in 2011. The Texan is looking very comfortable on the new 1000cc machines and is aiming for nothing less than a podium finish on Sunday.

“I’m very excited to finally make a race and see how we are compared to our rivals. Qatar was a good race for us last year but I think this season we have a slightly more competitive bike so I am hoping for good things to happen. Because of my hand injury it has been a long time since I was in a race so I am really excited for Sunday. I have been training a lot for this season; I’m feeling very good and very happy with the bike as well.”

“Finally! I think testing can get a bit dull after a while so I’m happy we now get to go and do some racing at last. We’ve worked really hard over the winter; the Yamaha Engineers have done a great job so we’ve got a pretty good bike to race with at the weekend. Let’s get out there on Thursday and start finding a set up and see how it feels. It’s always special to race at night under the lights, we’re going to give it 100% and put on a good show!”

“I’m really excited to go to Qatar, it’s been a longer off season than usual. We had a great winter test season and we solved a lot of problems from 2011 so I’m curious to see how our package behaves under race conditions. Testing is one thing but finishing on a podium is the real test. Jorge is very fit and the M1 is ready to go. let’s clean the track for the first couple of days and then go racing!”

“We are going to Qatar in good spirits. After the three winter tests our performance was consistently good which is important. We’re starting this Grand Prix with good expectations, knowing that we can achieve a good result. Last year Jorge had a really good race and the bike was less competitive than it is now, and Ben has always been strong at Qatar, also in World Superbike. The Losail circuit layout is very suitable for our bike characteristics so we should do well!”