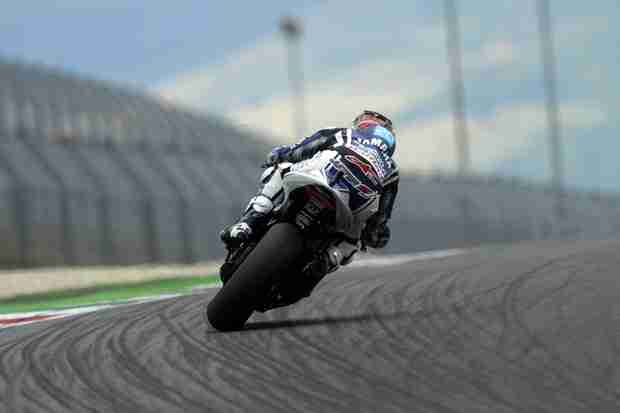 Yamaha Factory Racing rider Jorge Lorenzo was denied pole position by a technical issue in this afternoon’s qualifying for the Grand Prix of Italy tomorrow at the Mugello circuit. Lorenzo has so far dominated in all sessions and had been looking to complete the set with pole position until a technical issue caused a loss of power on the last corner of the last flying lap. As a result he will start tomorrow’s race from second position on the grid having qualified just 0.139 seconds behind pole man Dani Pedrosa.

Team mate Ben Spies endured a frustrating qualifying session this afternoon. Having found a set up to deliver competitive pace on the hard tyres the Texan crashed mid session and was forced to switch to his second bike. A vibration in the brakes on the second machine left him unable to challenge the front guys, leaving him in ninth position on the third row for tomorrow’s race with a best lap 0.865 seconds off pole.

“In the lap before the last I felt a loss of power in some corners. On the final lap I was red until the last corner then I felt the power drop much more so I had to enter the pits and stop. I made some good laps, although not completely perfect and I felt I could make a better one. It’s going to be a very tough race for everyone so we have to stay calm and save some energy for the end.”

“During the qualifying we changed to the soft tyre and tried a different rear shock at the same time, I’m not sure if that was the problem but I lost the front and we crashed. When we got to the back up bike we still had plenty of time but something got picked up on the brake rotor, dirt or rubber or something and the brakes were vibrating horribly so I couldn’t brake as late as I needed to. We did the best we could and the bike is working really well so I think we could have dipped into the 47s on the soft tyres.”

“A very good qualifying session, we had great pace again. The track was a lot hotter than the morning and Jorge was the only one able to do 47s on the race tyre. Unfortunately when we came to the time attack we had an electrical problem; that meant we couldn’t complete the hot lap. We are front row and we’ve solved the issue so it won’t happen again.”

“Qualifying started pretty well, but unfortunately didn’t finish the same way. A crash compromised the final results, and then we couldn’t improve on the best lap time Ben could do on the hardest time due to some vibration on the second bike. We have to be positive because the bike set up is working well and I am optimistic for good results. Jorge was impressive again, unfortunately he wasn’t able to complete the last hot lap but his pace is pretty clear.”