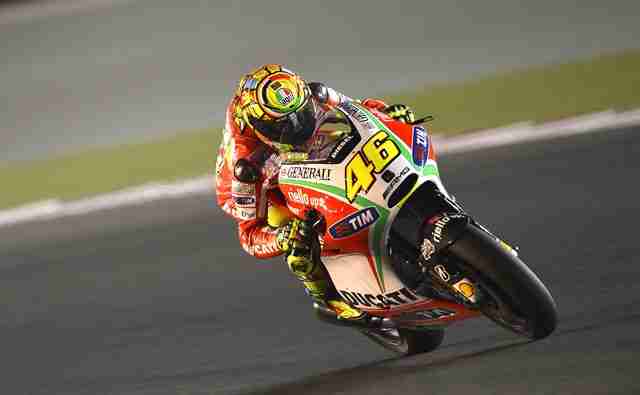 The Ducati Team travels to Spain this week for one of the most popular events on the world championship calendar, the Spanish Grand Prix in Jerez de la Frontera. Last year’s rain-affected race saw Nicky Hayden climb the third step of the podium, while Valentino Rossi, following a fall at the beginning of the eighth lap, mounted a charge through the pack to finish in fifth place. The Italian is the most successful rider ever at the Andalusian circuit, with no fewer than eight career wins, including six in the premier class.

“I’ve always liked the Jerez track a lot, and we certainly must try to do better than in Qatar. By the end of the three-day test in March, we had found a decent setup for the GP12, so we have a base to start from for this track as we prepare the bike for the race. It will be very important to work well during the Friday and Saturday practice sessions, focusing particularly on maintaining a good direction and on taking advantage of what we currently have to work with.”

“I really enjoy the Jerez GP. In some ways it’s like the first race all over again, because it’s a little bit different than Qatar. We’re back in Europe, with our trucks and all the crowds. It’s also a special track. It’s really tough, with very few straightaways, so you have to ‘connect the dots’ and do some hard braking. If you want to do a good lap time, it’s important to be fast in those last two right-handers. I’m looking forward to it. We tested there last month, but since then we have a race under our belt and a bit more data to consider. We know the general setup of the bike now. Last year the weather definitely mixed things up a bit, so we’ll see what it does this time.”

“We’re returning to Jerez a month after the winter test there, so we should find very similar conditions. The first race, in Qatar, was very difficult for Valentino, as we didn’t find a good setup that would let him feel comfortable on the bike. In Spain, by taking advantage of the work we did there in March, we’ll focus on helping him once again find a good feeling. Nicky is coming off of two days of testing at Mugello, where he had hoped to make up some of the time lost during winter testing, but bad weather prevented him from doing much. Still, he was able to get to know the bike better at the first round, and he’s confident in being able to find a good setup for this track as well.”