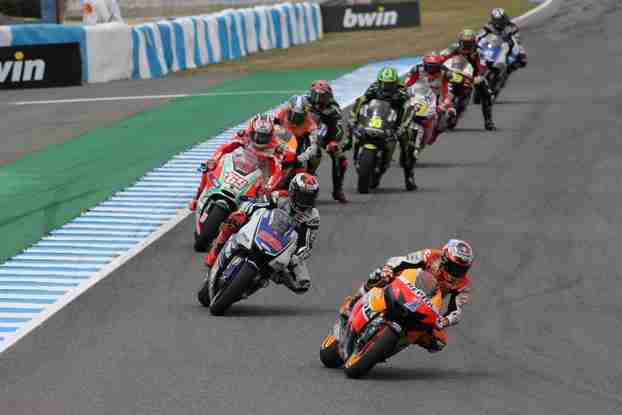 The European leg of the MotoGP season got off to an electric start in the Grand Prix of Spain at Jerez, with close racing. Stoner took a well calculated win on cold and treacherous track, registering his first win in the 2012 calendar.

The race got underway under threat of sporadic rain that had hampered practice in every previous session. After a few relatively clean laps, the big boys began to swap positions up front including Nicky Hayden on the Ducati GP12. The race winning overtake happened with three riders charging into turn 6 and Stoner coming out on top. From thereon, Stoner was consistent with his pace throughout the race and maintained a comfortable gap over Lorenzo in 2nd place.

The result means that Stoner has accumulated more points than what he had in 2011 after two races. In 2011, the Australian was shunted out of the Jerez race by Valentino Rossi in slippery conditions. The win means this is the first time Stoner has won at Jerez. Here’s hoping he has broken that little jinx. Dani Pedrosa described the weekend as “tough”. He had looked strong in every practice session and was hoping to be the top Spaniard on the podium. Dani collects 16 points which puts him 9 points behind Lorenzo who is the championship leader and 5 points behind Stoner. 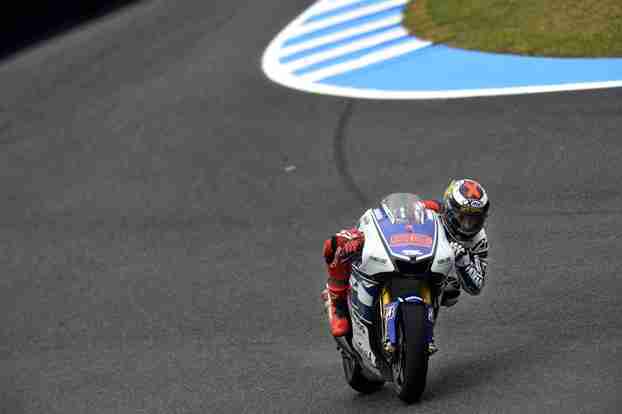 For Jorge Lorenzo the result would be a small disappointment of sorts. The Jerez track is one of his favourites and having won the Qatar round, this was the ideal opportunity to put some points between him and his pursuers in the championship. Ben Spies had a dreadful race finishing second to last among the prototypes after a mistake in set up.

Ben Spies – “I don’t really know what happened, I got off to a pretty good start from the line but after that I didn’t have a good feeling with the bike, it was a pretty pathetic race really for me. I’ve apologized to the team and we’ve had a long meeting about what I was feeling with the bike.” 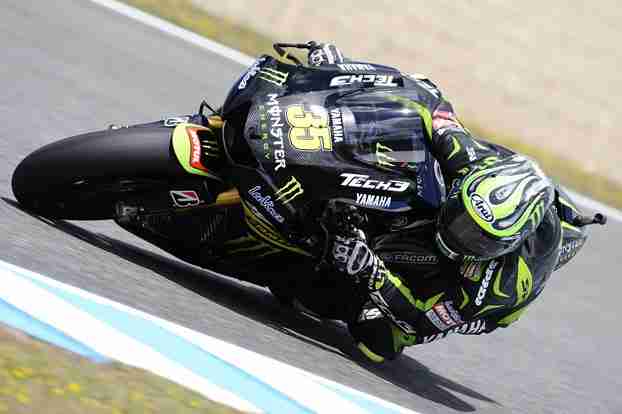 The Tech3 bikes of Cal Crutchlow and Andrea Dovizioso finished in 4th and 5th place respectively. Crutchlow has been very pleased with the move to 1000cc and has said that it suits his style of “brawler” riding. And it shows. Crutchlow was battling with Pedrosa for 3rd place in the later part of the race. A rostrum finish, and possibly a win, is imminent this season. After 4 years on the Honda, Dovi is having to change a lot in his riding to gel with the YZF-M1. Back to back finishes behind his lesser GP experienced teammate is all the motivation the Italian needs to get his game up a notch.

Nicky Hayden on the factory Ducati got the start he wanted and was dicing with the leaders in the first few laps. The initial abuse on the tires began to take their toll as the track dried out with the bike sliding around and Hayden kept dropping places to conserve his tires till the end of the race. Valentino Rossi went into the race with Hayden’s set up and changed his riding style to suit the bike.

Valentino Rossi — “Today’s setting was very similar to what Nicky has used for a while, though not exactly the same. I must get used to riding the bike a bit differently than I’m used to. I wasn’t going bad once I found my rhythm, in the sense that I was matching the times of those who were fighting for sixth place, and I was able to push until the end, doing a 1:41.0 on the penultimate lap.”

The results are certainly encouraging for Ducati but for from making their riders title contenders. A true test of whether these small changes will be permanent can only be determined at Estoril and hopefully, on a dry track. 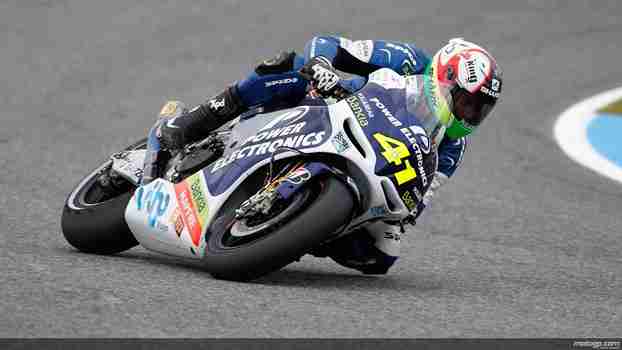 Stefan Bradl has looked the strongest among the rookies and he has reaffirmed that with a 7th place finish beating factory riders Hayden, Rossi and Spies. His race pace shows that Bradl is adapting well to the rigours of MotoGP and the Bridgestone tires in particular.

Aleix Espargaro finished as the top CRT on the ART GP12 bike while his teammate, Randy De Puniet was out two laps before the end of the race.