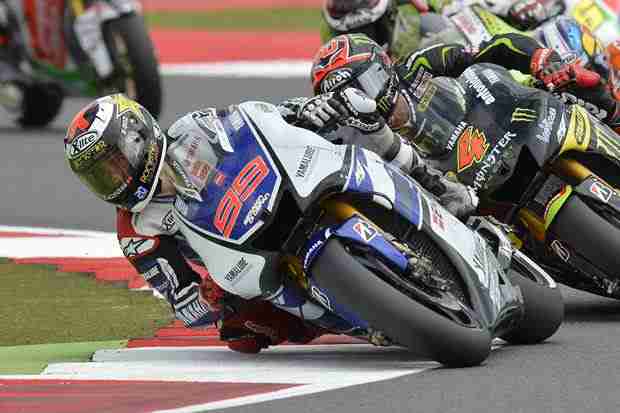 The MotoGP paddock arrives in The Netherlands this week for the only Saturday race of the year, The Assen TT on the 30th June. Yamaha Factory rider Jorge Lorenzo arrives at the Assen circuit having won the last three consecutive races and leading the Championship by 25 points. The Dutch circuit is a favourite of his, having won there in all three Grand Prix classes.

Ben Spies arrives at the Assen circuit looking to repeat his performance of last year. The Dutch TT was the scene of his first Grand Prix race victory, taken in the special red and white Yamaha 50th Anniversary racing livery. Spies has also taken a pole and a race win in the World Superbike class at Assen and counts it as one of his favourite tracks.

The Assen circuit has huge historical significance as the only track to have been part of the Grand Prix World Championship calendar since it’s inception. This year will mark the 82nd anniversary of TT racing. Sometimes referred to as the ‘cathedral’ by fans for it’s historical significance, the race was originally run on public roads. It has now evolved into a fast and physically demanding circuit featuring high speed chicanes and varied camber changes.

“Assen and Brno are the tracks I think I have won at the most. I feel very strong there and we are very focused this season so I’m confident. We haven’t made so many mistakes and are working well towards the Championship title. Our target remains to be on the podium each race and if possible take a win. Assen is good for our bike and it suits my riding style so let’s see what happens.”

“I’m really looking forward to this race. I love riding the Assen track and have always had great results here, especially last year! The place of your first Grand Prix win will always be unique. We’ve had a tough start to the year but have made good steps forward so I’m confident that we can step up and be fighting for the podium this weekend.”

“I’m really looking forward to the Dutch GP. I know from my years as a rider that it’s a very hectic week but one of the most exciting. There are lots of people there from my years of racing and it’s good to see them again in the paddock, a lot of memories! For the team it’s also a good moment to recover our performance from last year where we had a difficult race. Jorge loves the track so we hope the weather is consistent and I’m sure we’ll be there fighting with the top boys.”

“We’re heading to Assen this week full of confidence. Ben had a fantastic race last year there, his first Grand Prix win. The Assen track really suits his style of riding so we expect him to be up there. Jorge has a great record on the track so we also expect him to be fighting at the front as usual. We hope to have some consistent weather across the race weekend so we can get the most out of the YZR-M1.”