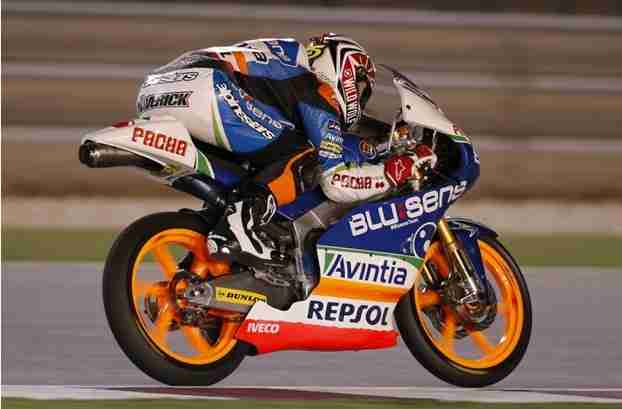 Team San Carlo Honda Moto3 youngster NiccolÅ† Antonelli heads to the second round of the season in Spain this weekend determined to make up for his debut disappointment in Qatar. With his NSF250R Honda now boasting an FTR chassis NiccolÅ† is hoping it can carry him towards the front of the pack. The Italian teenager showed impressive pace at Jerez during preseason testing and the team believes that he has the talent and the means to be competitive at the Spanish Grand Prix.

“Unfortunately my debut in Qatar left a bit of a sour taste in my mouth. We made a good start to the weekend but struggled to make progress because of a series of technical problems that prevented us from racing to our full potential. The team worked long into the night to find a solution but it wasn’t possible. We are still in high spirits though because we have plenty of time to recover and despite our problems I was able to run in the top ten before I suffered a back problem. During the break I have been able to get myself fit again, fitting in my training around my studies. I am looking forward to Jerez because the team have some important technical updates, which hopefully can help us make that step up to the front of the pack. I really like Jerez, especially the fast corners, and I can’t wait to get back on the bike there.”

“The team and Niccolo were hoping for a better result in Qatar but we didn’t manage to get on the pace in the same way that we had done in preseason testing. At Jerez we start out with renewed enthusiasm having decided to switch NiccolÅ†’s bike to an FTR chassis. We believe in NiccolÅ†’s ability and we are determined to put him in the best possible position to make the most of his potential. He was competitive at Jerez in winter testing, he likes the track and so everything is in place for him to make up for his disappointment in Qatar. He has also recovered from the injury that he picked up in the race so it should be a positive weekend ahead.”