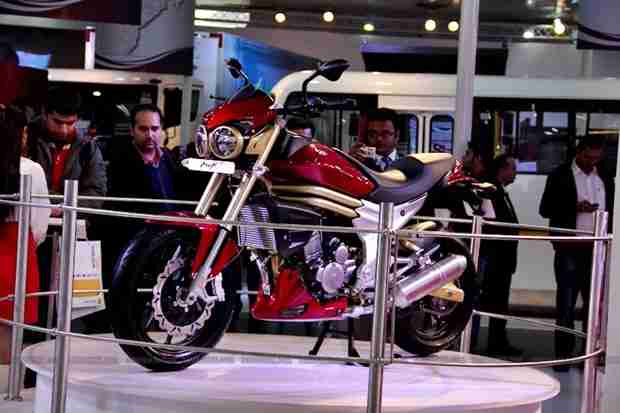 Mahindra plans to launch three motorcycle variants in India in the coming months. Earlier the company entered the 100cc segment with the ‘Stallio’ which did not fair as well as expected and is all set to revamp the model with new design and feature updates. The folks at Mahindra however declined to comment on which segment the three motorcycles would belong to. We are pretty sure one of them is the Mahindra Mojo that has been announced quite a while back, you can follow the link to check out the Mahindra Mojo specifications. The company has also been concentrating on the scooter segment with tie-up’s with SYM for engines for the same. With the introduction of the three new models Mahindra’s portfolio for the Indian market would rise to five options which will include 2 scooters.

“We expect to launch three motorcycles this year and have stopped production of  the Stallio. We will be making announcements about the newer version of Stallio very soon. The company is currently testing its 300 cc superbike ‘Mojo’. There have been so many queries about Mojo and have been consistently getting it from South, particularly from Chennai. It will be coming soon. It is undergoing some tests now.” said Viren Popli, Senior Vice-President (Strategy and Market Development).