This was bound to happen, with just days before the big announcement on the KTM Duke 390, photographs of the official brochure have appeared on the internet. This gives us the first proper look at Duke 390 and more interestingly a look at its specifications. As per the brochure the KTM Duke 390 produces a strong 35 Nm of torque at 7250 RPM and 44HP at 9,500 RPM and apart from this difference is pretty much the existing Duke, even visually the bike looks similar to the existing Duke 200 except for the bright orange frame and the 390 sticker job. Another key information that the brochure shows is the presence of ABS, whether it is an option or part of standard equipment is yet to be confirmed, we expect it to be standard option. India launch early 2013 mostly in February at an on-road price close to 2.30L as per our sources but then considering that there are not much changes between the 200 and the 390 we could see a much more competitive price. Check out the KTM Duke 390 specifications below along with photographs of the brochure.

UPDATE: As expected ABS is standard on the 390 as well as on the 2013 versions of the KTM Duke 200 and 125. More photographs have been added to the gallery. 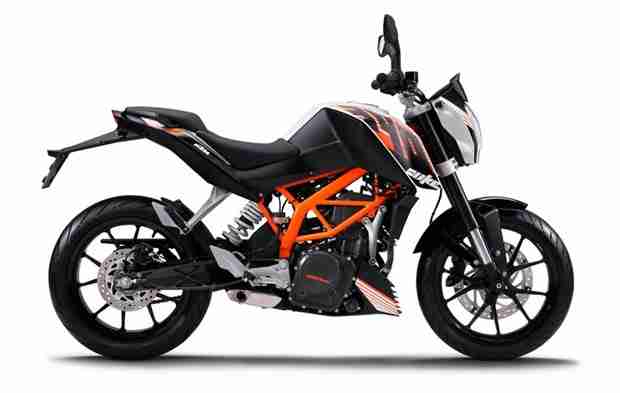